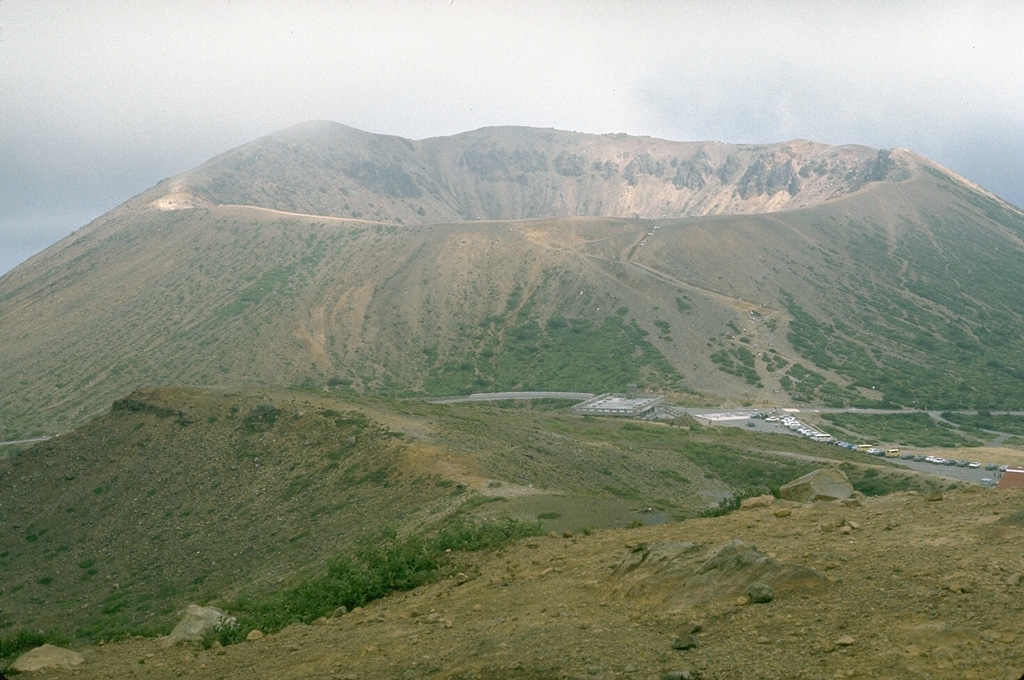 The cone of Azuma Ko-Fuji with its 300-m-wide crater is one of many volcanic features of the Azumayama volcanic complex. This volcano group consists of a cluster of shield volcanoes, lava domes, and cones. Volcanic activity has migrated to the E, with the Higashi-Azuma volcano group being the youngest. This photo was taken from the NW on the flanks of Issaikyoyama, which has been the site of all historical eruptions (mostly small phreatic explosions) from the complex.