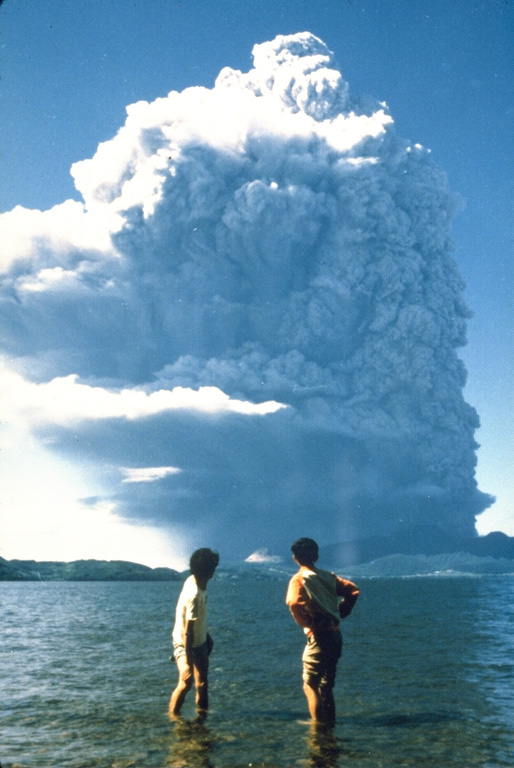 An ash plume from the first of nine major explosions of Usu during 7-14 August 1977 towers above Lake Toya. The plume rapidly grew to a height of 12 km. The explosive eruptions were followed by slow growth of a cryptodome (a lava dome that does not breach the surface) over a period of five years. Phreatic explosions accompanied cryptodome growth in November 1977 and January-October 1978. By the end of the 1982 eruption Usu-Shinzan had grown to 180 m above the crater floor.