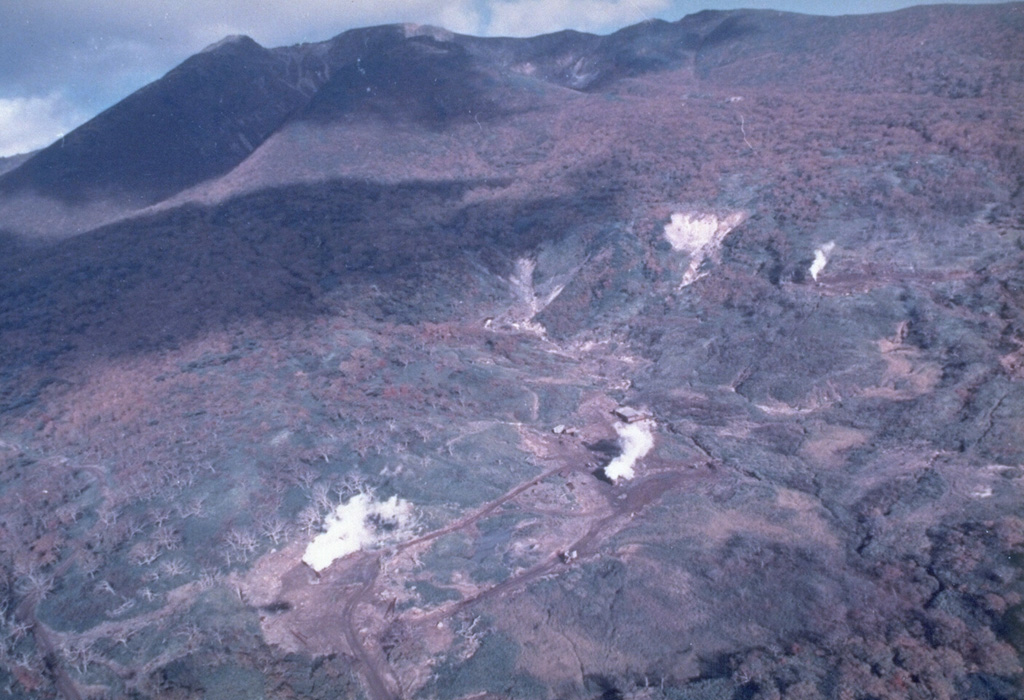 The Sashiusudake volcanic complex consists of an eroded Pleistocene edifice with a younger Holocene cone and summit lava dome. Geothermal activity continues at a SW-flank exploration area, seen here from the west. A small hydrothermal explosion took place at an exploratory well there in 1992. An eruption occurred in 1951 when local inhabitants reported weak explosive activity at the summit. 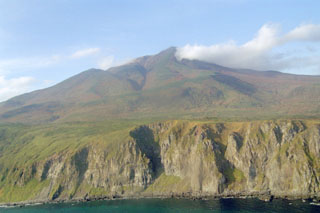