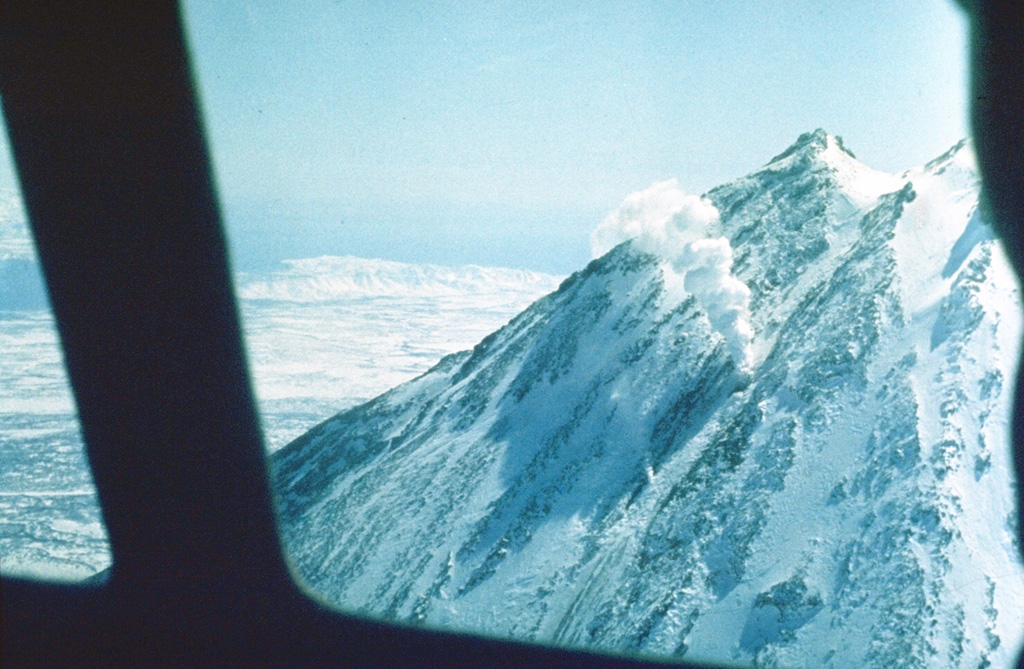 An aerial view of the Koryaksky summit shows a NW-flank fumarole that has remained active since a 1956-57 eruption. Explosive activity took place from the summit crater (forming the notch to the upper-right) and a radial fissure that extended from 3,100 to 3,000 m elevation on the upper NW flank. The eruption began in December 1956 and reached its peak in late January, when the strongest explosions occurred.