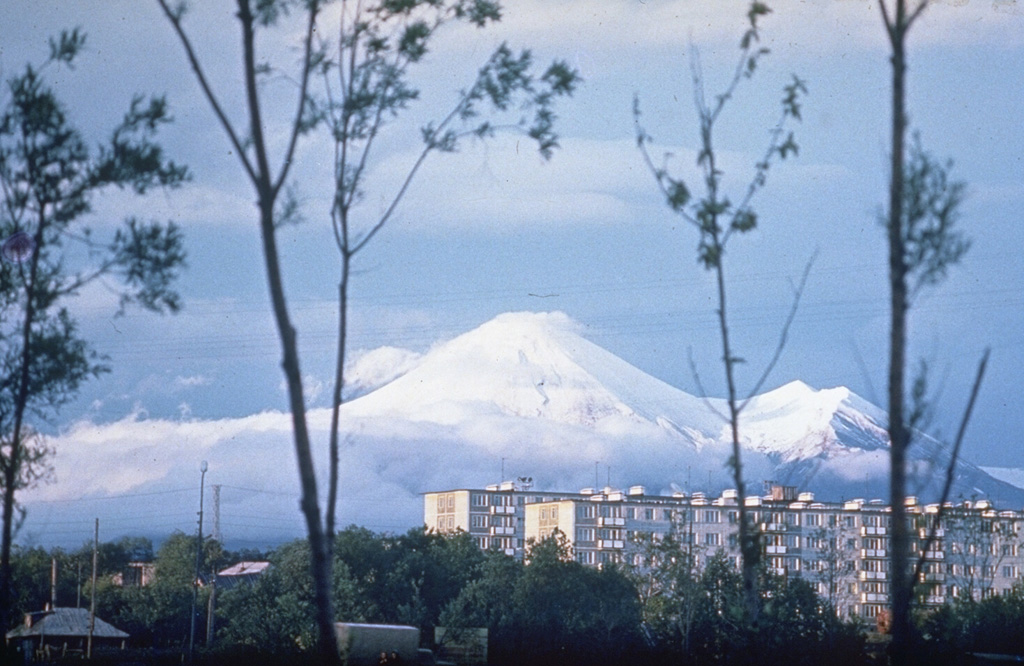 Avachinsky rises above Petropavlovsk, Kamchatka's largest city. The peak to the right is the rim of a large horseshoe-shaped crater that formed during flank collapse about 30,000-40,000 years ago and produced a major debris avalanche buried an area of about 500 km2 to the south, underlying the city of Petropavlovsk. The modern cone was constructed inside this crater. Frequent historical eruptions have been recorded since 1737.