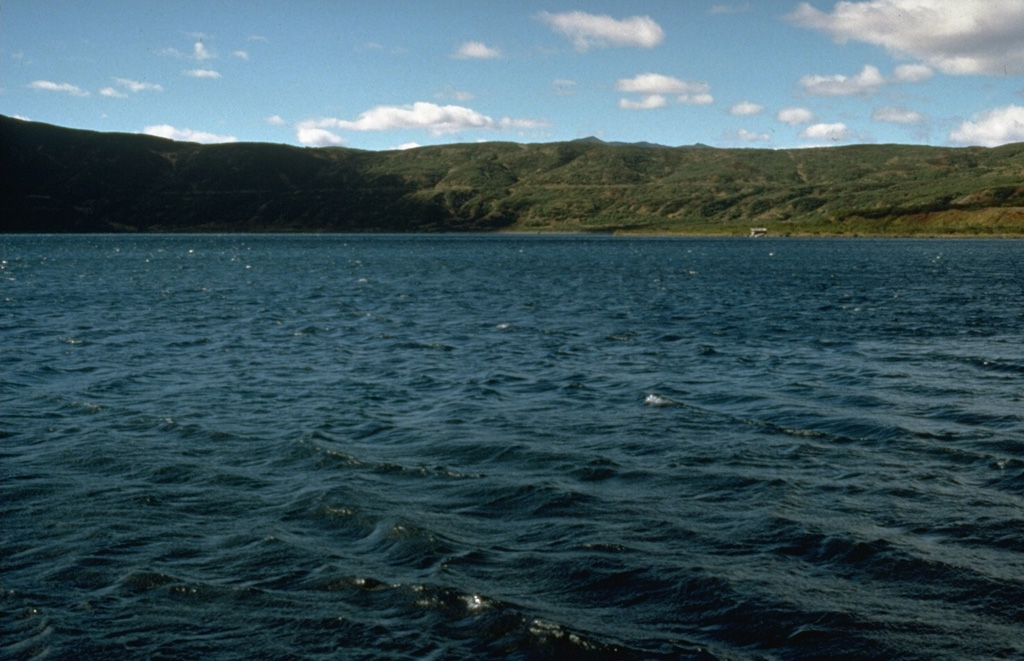 The 3 x 5 km lake-filled Akademia Nauk caldera formed during the late Pleistocene within an earlier caldera. The caldera was active during the Holocene, low-temperature geothermal activity took place along the shores of the caldera lake, and an eruption took place in 1996. 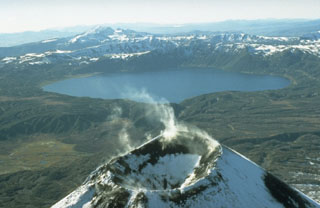