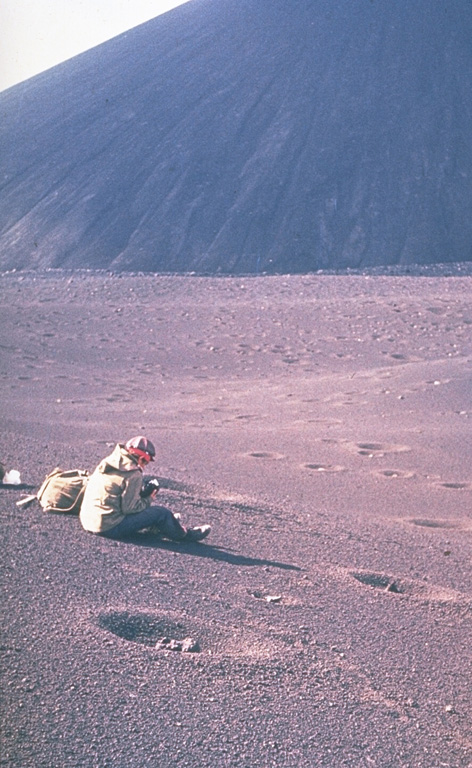 A scientist from the Institute of Volcanology studies tephra produced during the 1975-76 eruption of Kamchatka's Tolbachik volcano. The circular pits were formed by the impact of dense volcanic blocks and bombs. The blocks, one of which can be seen in the closest pit, originated from the scoria cone in the background.