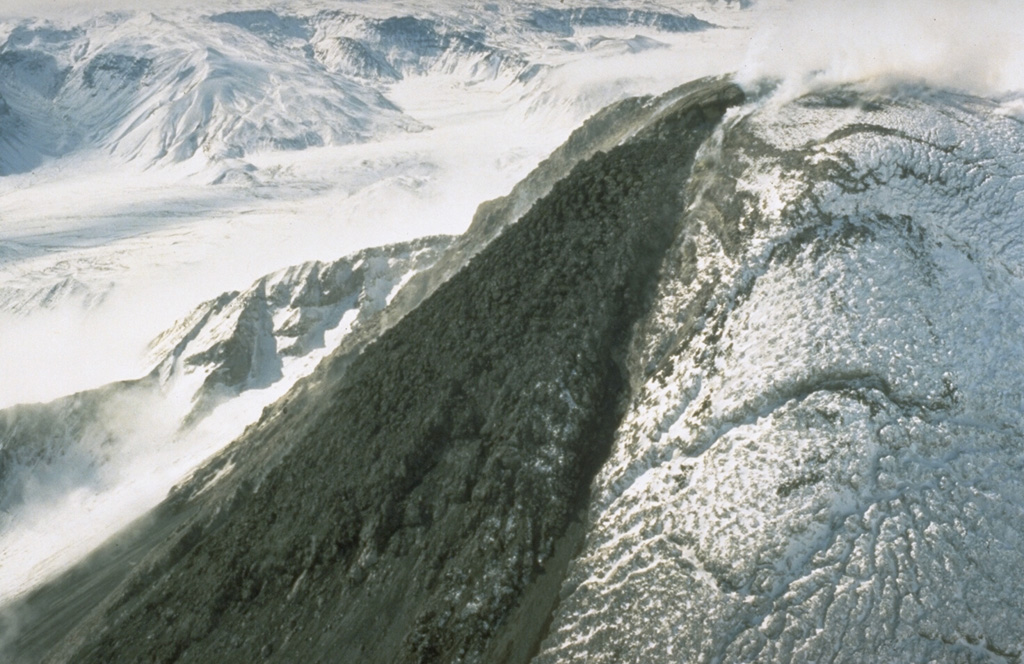 A black lava flow descends from the snow-mantled summit lava dome of Bezymianny volcano in Kamchatka in September 1990. The lava dome formed during the past forty years both by expansion when new magma was intruded into the dome and by the extrusion of lava flows down its flanks. The dome has grown within a large crater, whose southern rim is visible behind the lava flow.