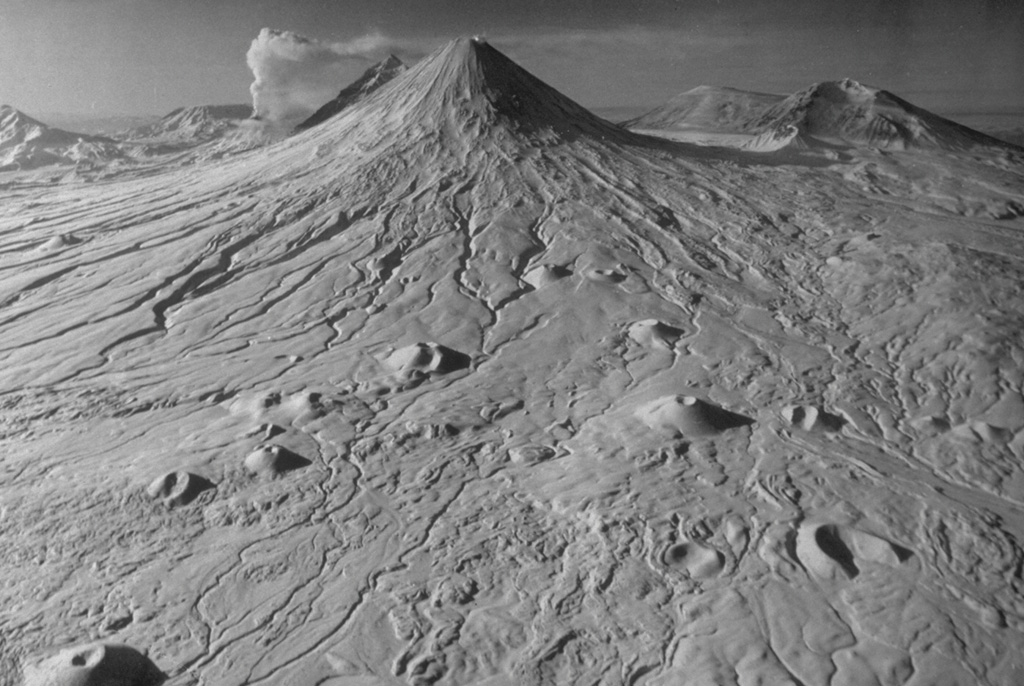 This photo from the NE shows almost all the volcanoes of Klyuchevskaya volcano group, which draws its name from Klyuchevskoy volcano (center). The volcano producing the plume in the left background is Bezymianny. Other volcanoes visible on the horizon are Zimina (far left), Tolbachik (behind Bezymianny), Kamen (left of Klyuchevskoy), and Ushkovsky (right). The NE flank of Klyuchevskoy contains smaller cones produced by more than 100 flank eruptions during the past 3,000 years.