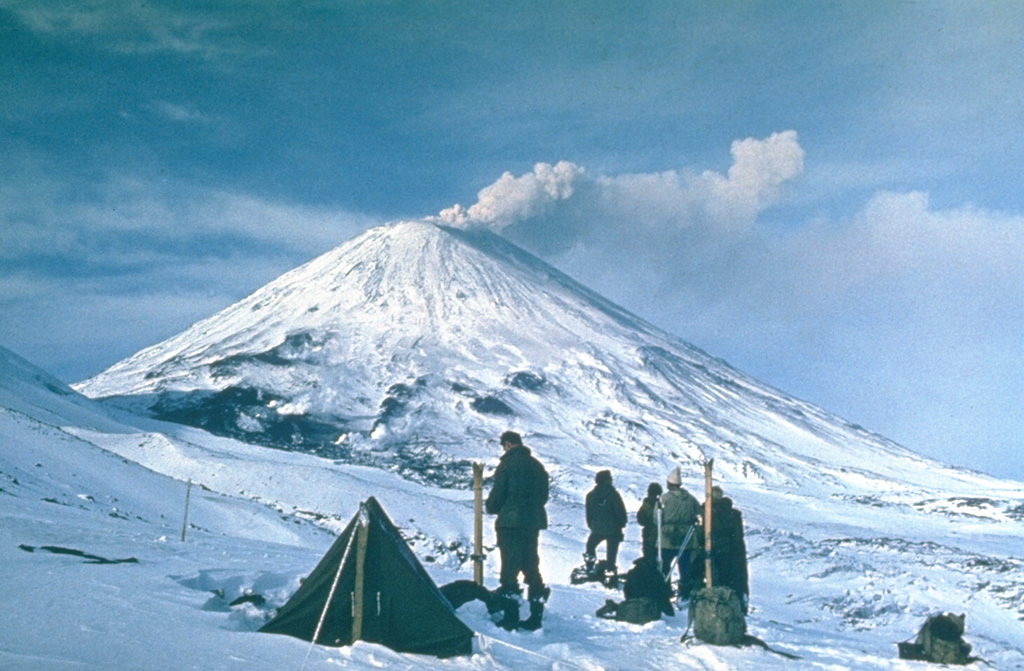 An ash plume drifts from the summit of Klyuchevskoy in 1974 above volcanologists at a field camp of the Institute of Volcanology in Petropavlovsk. Renewed explosive summit crater activity began 8 April and lava fountaining started on 18 May. Summit activity was followed by an eruption on the SW flank on 23 August. Frequent eruptions have occurred at Klyuchevskoy from both summit and flank vents.