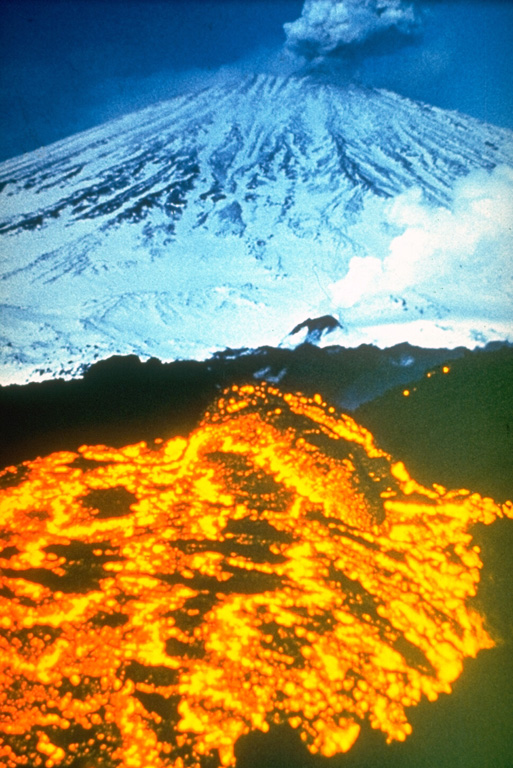 An incandescent lava flow erupts from an E-flank vent on Klyuchevskoy in 1983 while an ash plume rises from the summit crater. An eruption from an east flank fissure began on 8 March 1983. A scoria cone that formed during the initial stage was the source of the flank activity. Strombolian eruptions during the main phase were followed by lava emission at varying rates. Flank activity was preceded by summit crater gas-and-ash emissions beginning 7 October 1982.