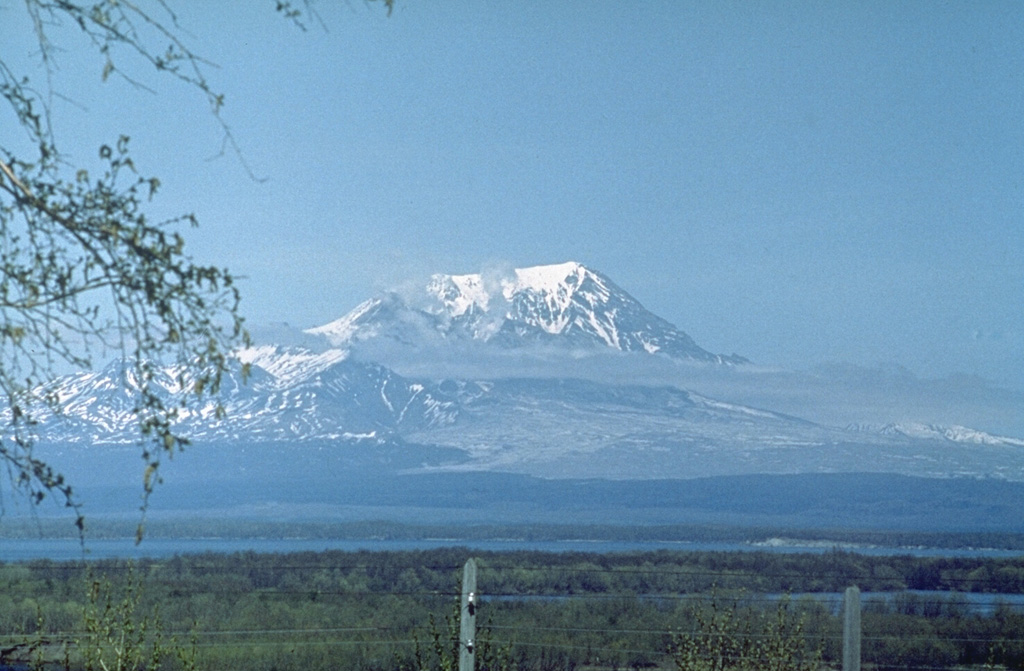 Sheveluch towers above the Kamchatka River and is one of the largest volume volcanoes in Kamchatka. A large horseshoe-shaped crater, whose northern headwall is seen in this view, formed by collapse during the Pleistocene. Repeated edifice collapse events form a vast debris avalanche plain to the south, overlain by block-and-ash flow deposits from dome collapse events. The most recent edifice collapse occurred in 1964, and the resulting deposit forms the light-colored area below the volcano to the right.