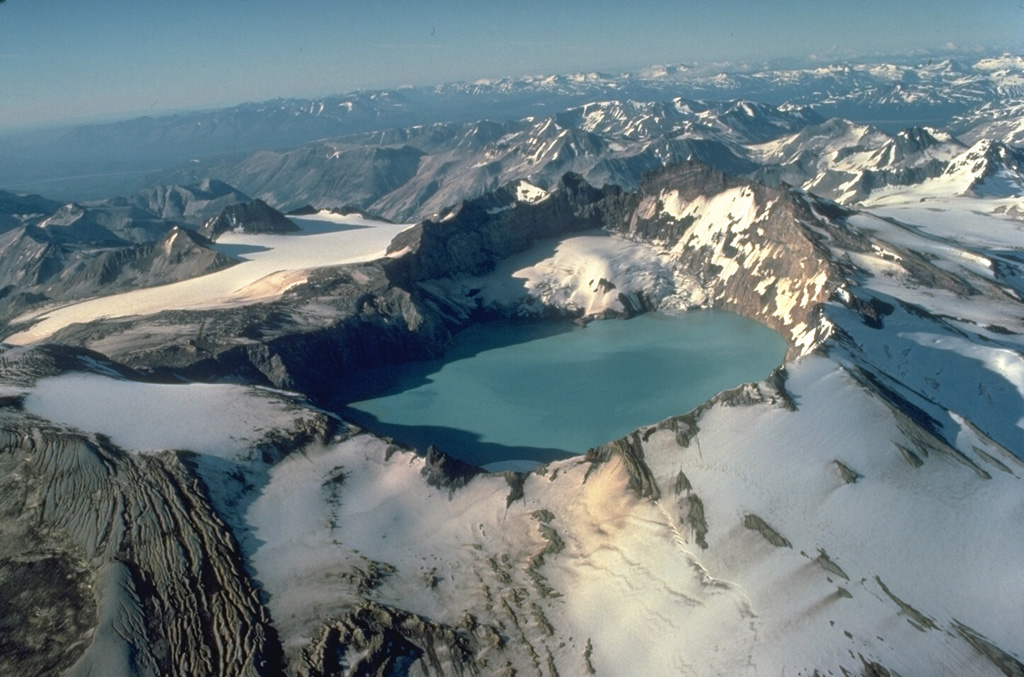 Mount Katmai, seen here from the south, is truncated by a caldera that formed in 1912 during a catastrophic eruption at Novarupta volcano, 10 km to the west. Little eruptive activity occurred at Katmai itself during the collapse. Prior to 1912, Mount Katmai was a 2290-m-high complex of 4 small overlapping stratovolcanoes. The 3 x 4.5 km wide caldera is filled by a lake that was 250-m deep by 1976 and is still rising. The small glaciers on the bench on the north caldera wall began forming shortly after the 1912 eruption.