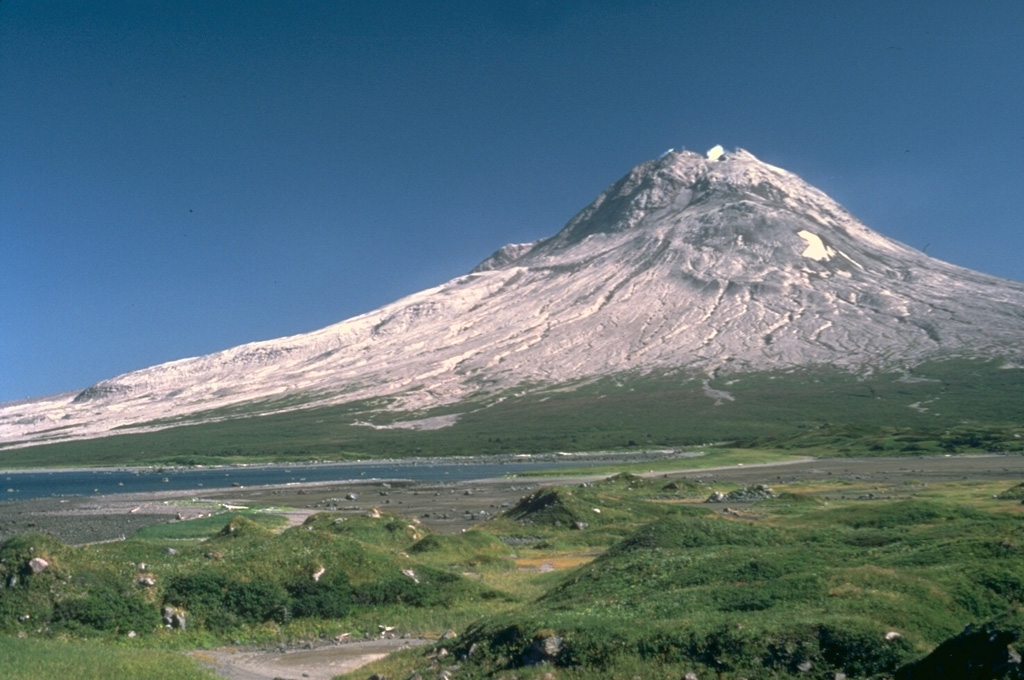 Augustine, seen here from the NW, is the most active volcano of the eastern Aleutian arc. It consists of a complex of overlapping lava domes surrounded by an apron of volcaniclastic debris that reach the sea on all sides. The hummocky deposit in the foreground is a roughly 450-year-old debris avalanche deposit, one of many that surround the island as a result of repetitive collapse of the summit lava dome. Twentieth-century eruptions included explosive activity with pyroclastic flows and lava dome extrusion.