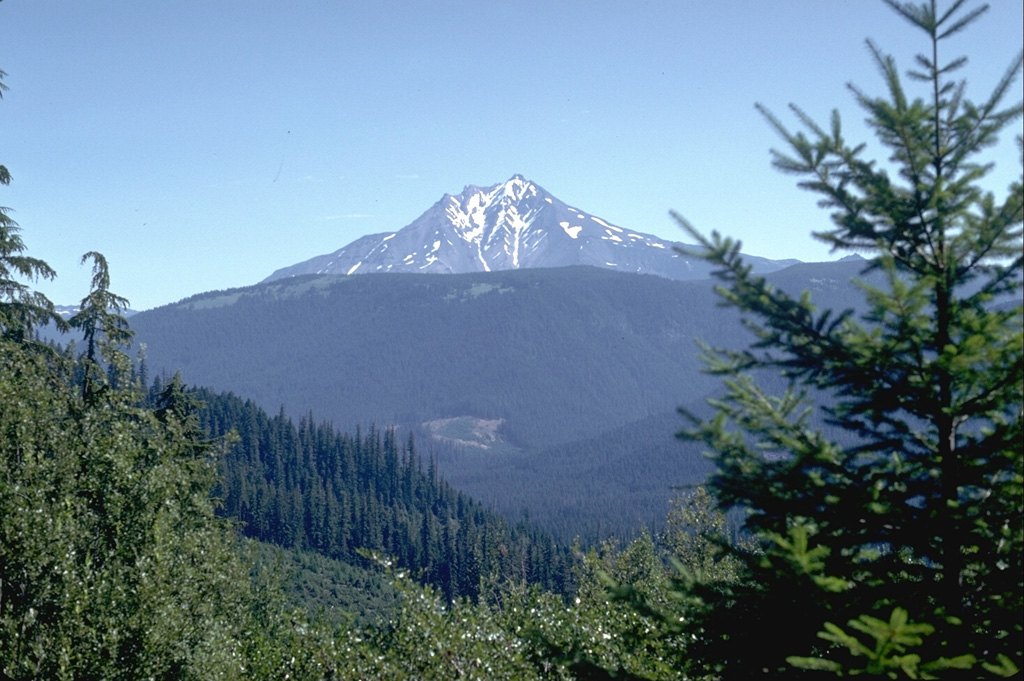 The western slopes of Mount Jefferson rise above forested hills composed of older Pleistocene volcanic rocks. Scoria cones younger than the eroded main edifice, which ceased activity during the late Pleistocene, are located to the south.