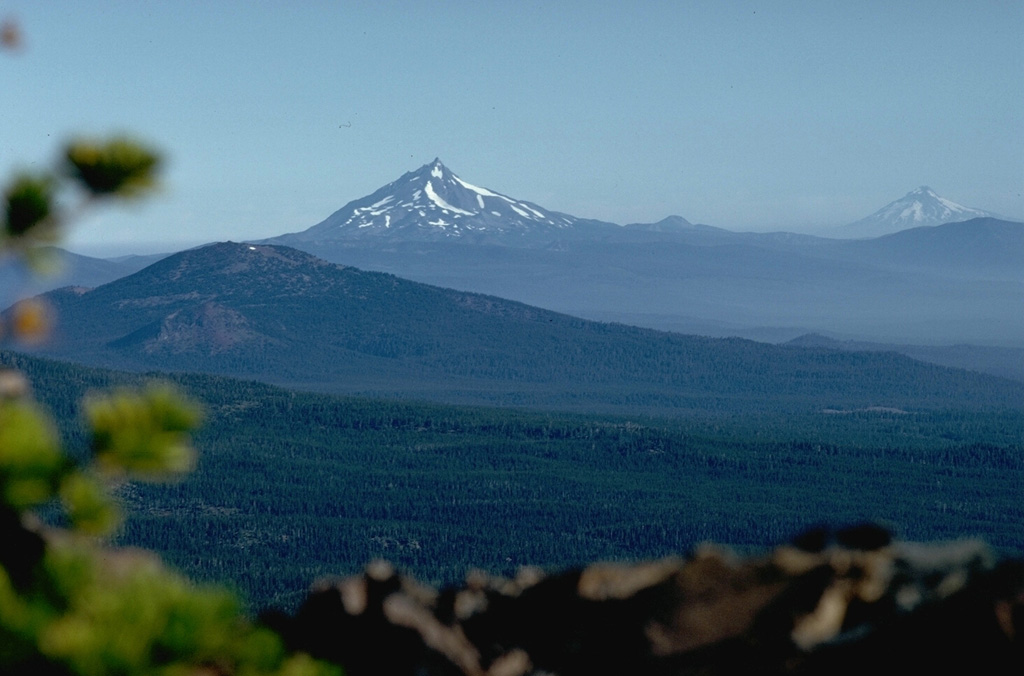 Mount Jefferson in the center and Mount Hood to the right, seen from Broken Top volcano to the south, are the two highest peaks in Oregon, towering above lower volcanic peaks of the High Cascades, such as Black Butte in the foreground. Mount Hood has been active in historical time and Mount Jefferson has Holocene scoria cones to its south, although previous eruptions of the main edifice occurred during the late Pleistocene.