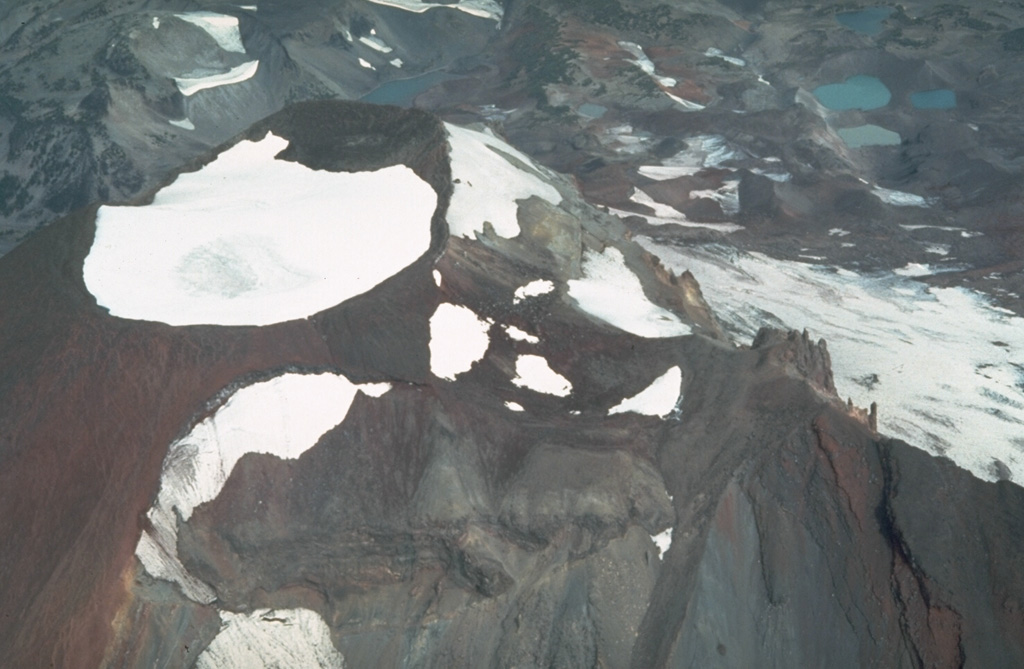 An aerial view of the summit of South Sister from the south, seen here in 1981, shows a snow-filled summit crater that seasonally contains a small melt-water lake. Fissure eruptions occurred during the Holocene from flank vents including some near Carver Lakes on the NE flank, seen here to the upper right.