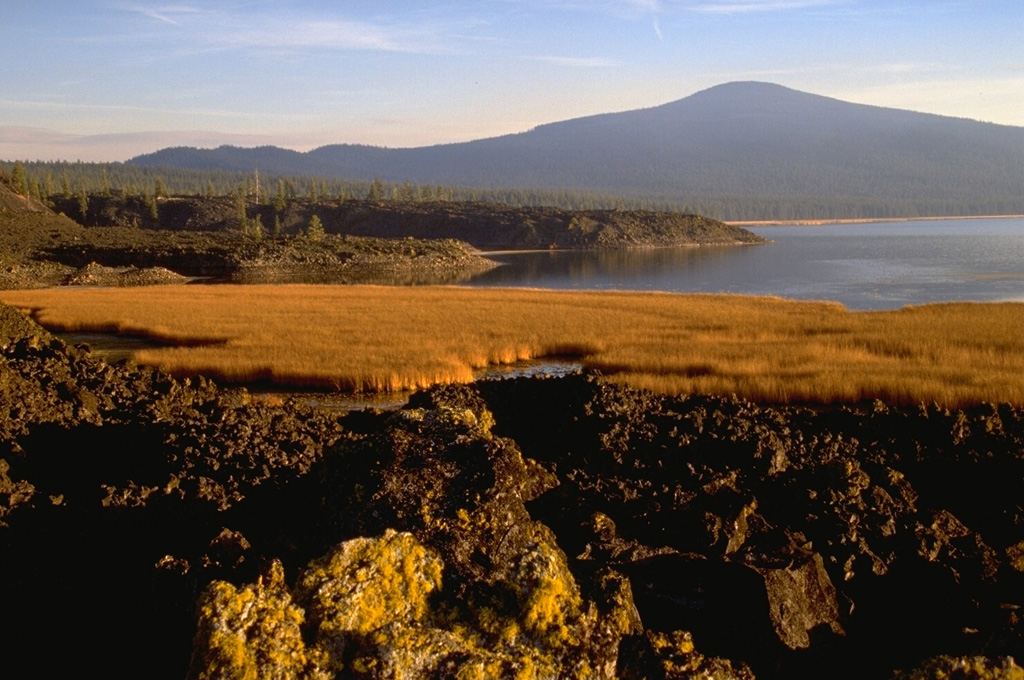 Three small cinder cones oriented along a N-S line produced large andesitic lava flows near Davis Lake. The northernmost flow formed the natural dam that created Davis Lake (right). Two other lava flows are located behind Hamner Butte in the background. The middle flow has been radiocarbon dated at about 4740 years ago, and the other two flows are considered to have been erupted at about the same time. 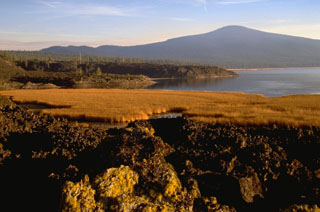