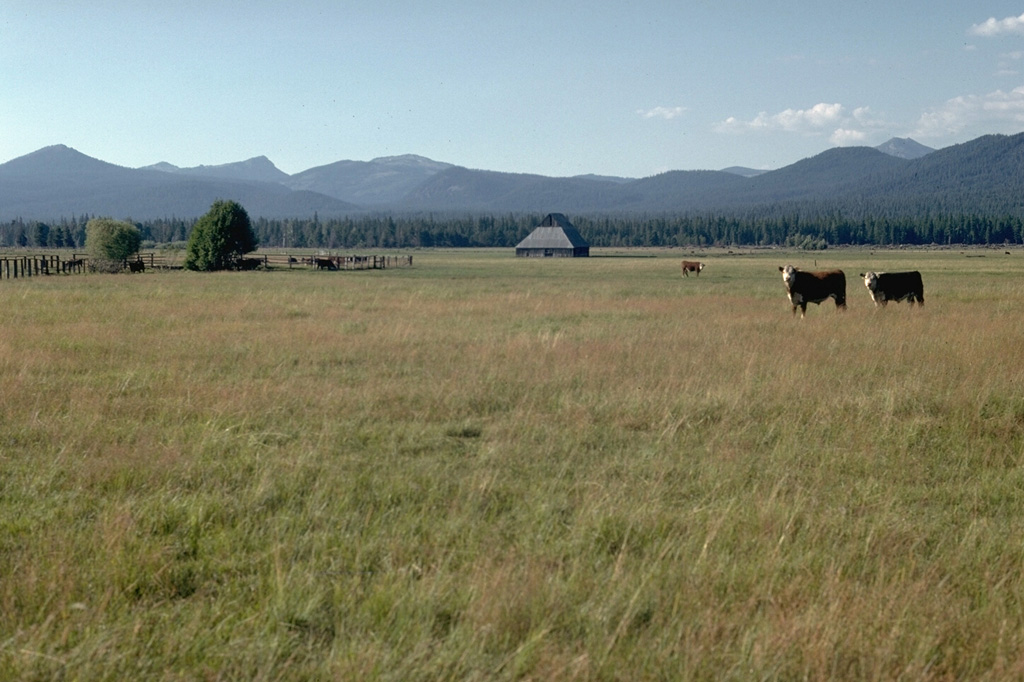 This ridge rising above pastures of the Klamath River valley is the rim of Crater Lake caldera in the Cascade Range. Formation of the caldera about 7,700 years ago removed the top of what was then Mount Mazama. The southern caldera rim is located at the point above the two larger trees at the left side of the photo. Mount Scott, an older volcano located east of the caldera rim, forms the small distant peak to the far right.