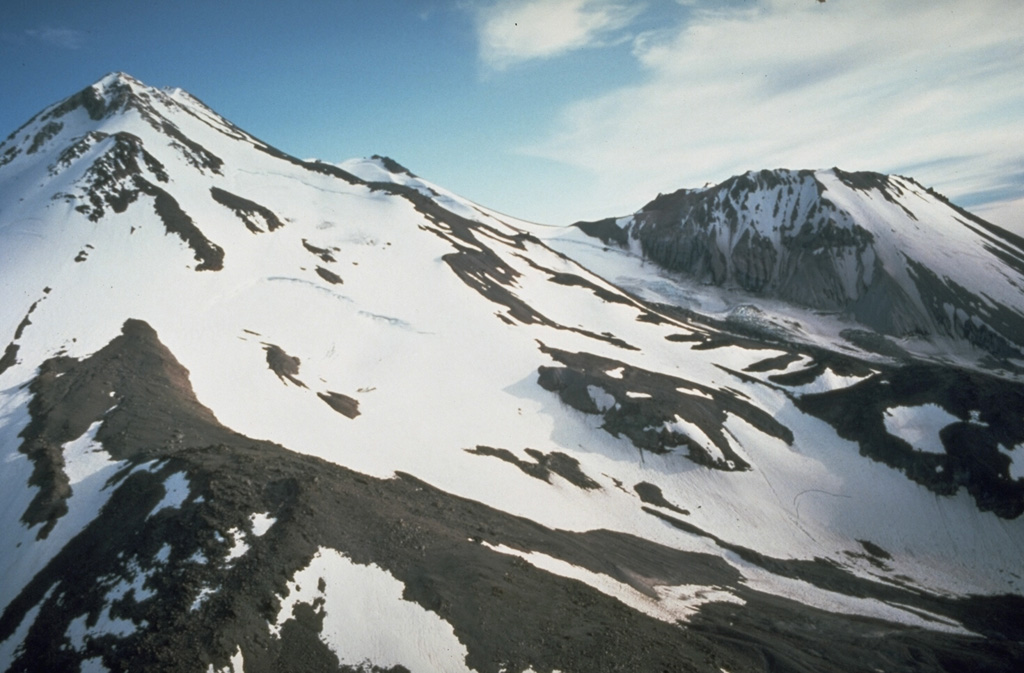 The prominent lava dome of Shastina, seen here on the right from the north, formed on the west flank of Shasta between about 9,700 and 9,400 years ago. The Shastina summit contains several overlapping domes. Hotlum cone to the left forms the main summit of Shasta and is likely younger than Shastina.