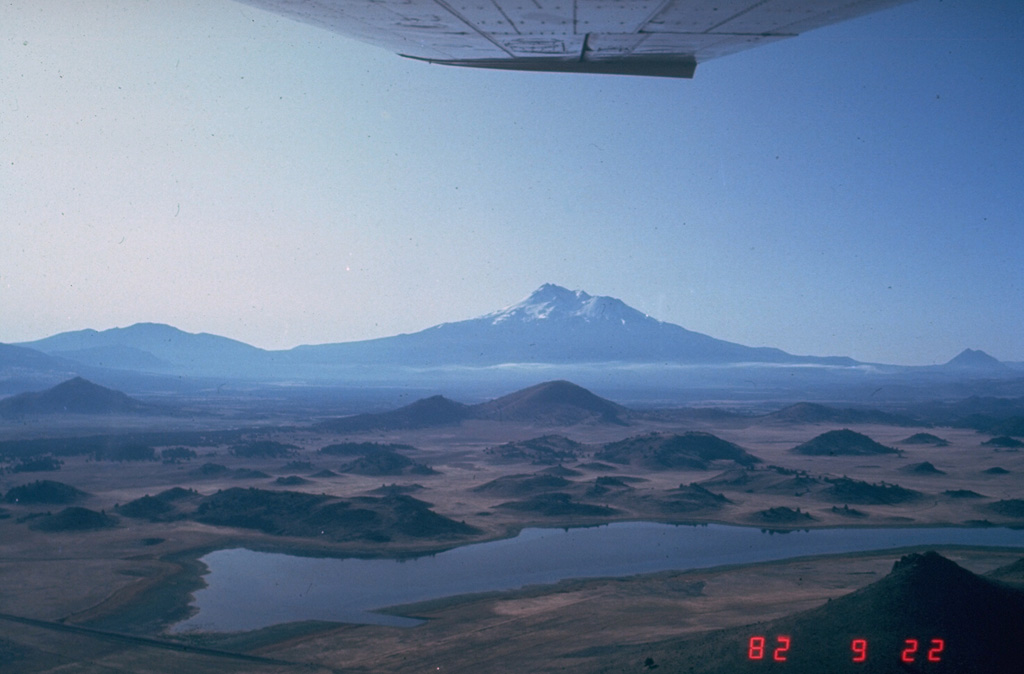 The hilly topography in the foreground is part of the massive debris avalanche deposit produced by collapse of Mount Shasta (center horizon). The roughly 46 km3, rapidly-moving debris avalanche swept some 50 km N. The hummocky area represents relatively intact segments of the volcano that were carried within a more fluidized, mixed bulk of the avalanche. Individual hummocks range up to a few hundred meters in height and roughly 1 km in length.