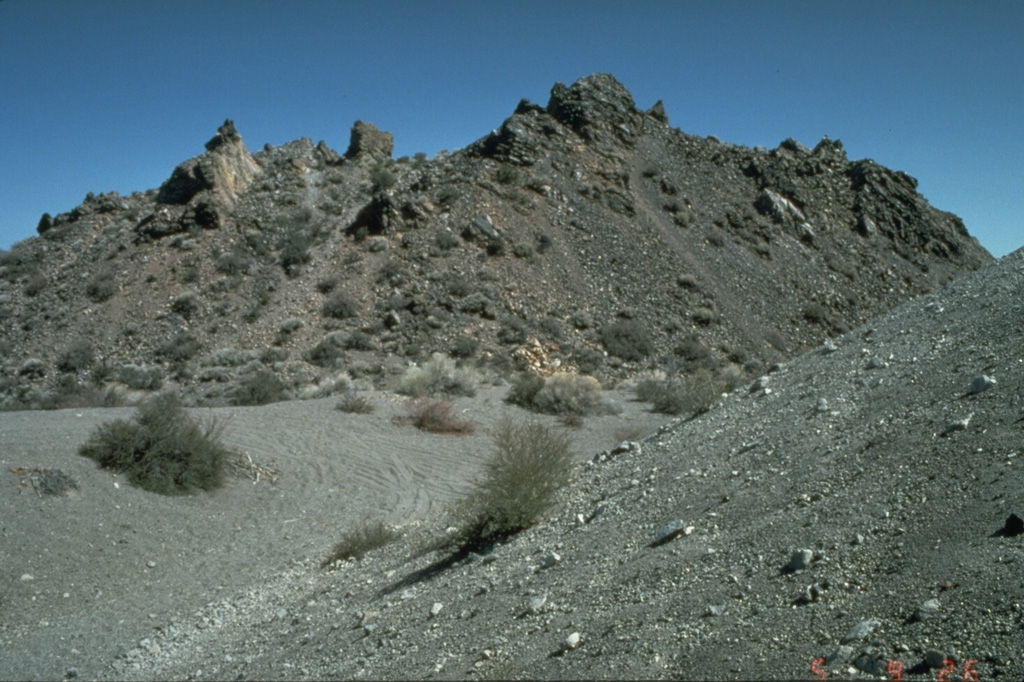 The hackly surfaced Panum lava dome, filling a tephra ring at the northern end of the Mono Craters chain, was one of five rhyolitic lava domes and flows emplaced at the end of a major eruption about 600 years ago. The eruption, which began with powerful plinian explosive eruptions accompanied by pyroclastic flows and surges, occurred just a year or two prior to another major eruption at Inyo Craters to the south. 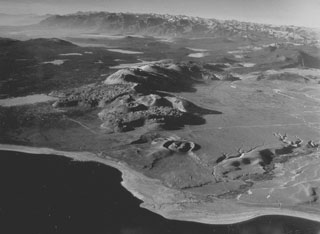