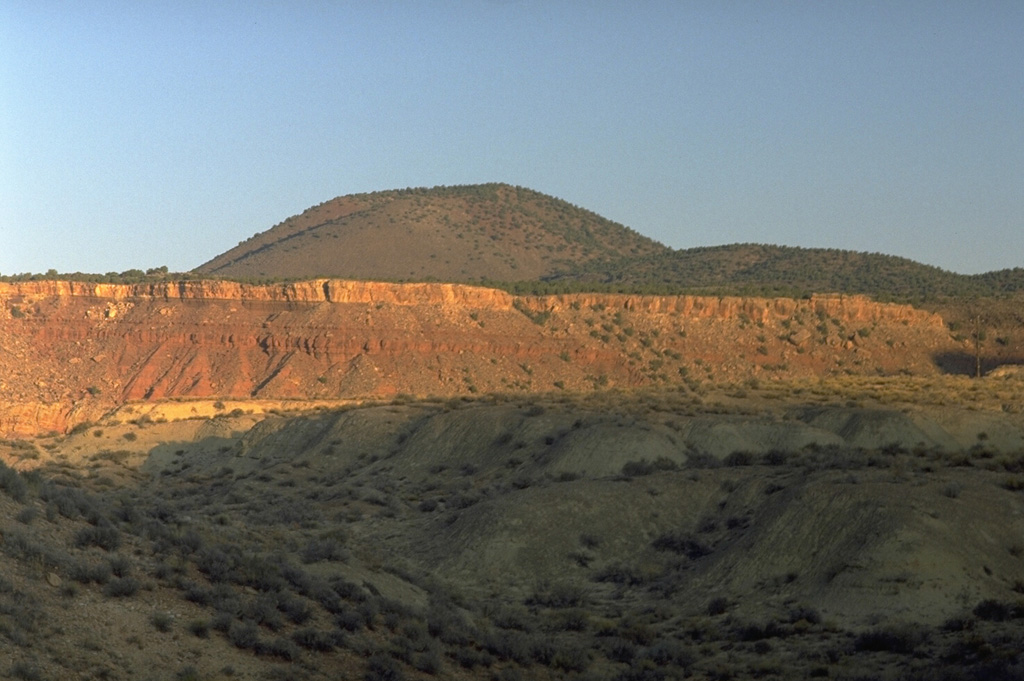 The morphologically youthful Crater Hill cinder cone near the SW boundary of Zion National Park was formed during the latest eruptions of the Kolob volcanic field at the end of the Pleistocene. Lava flows from Crater Hill blocked the Virgin River, forming an ephemeral lake that extended past the town of Springdale into the national park. Other cinder cones of the Kolob field to the north are of earlier Pleistocene age and fed lava flows extending 10-15 km down valleys to the south. 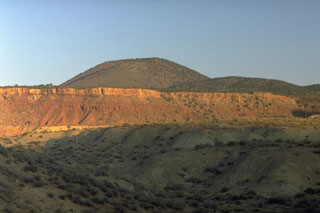