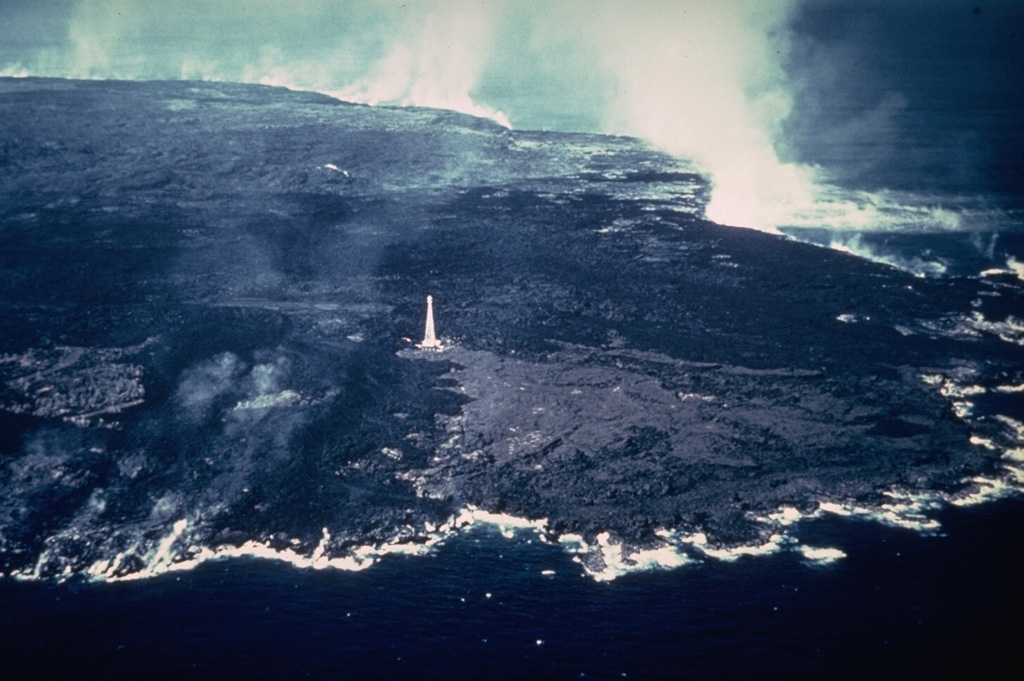 An aerial view from the SE on 11 February 1960 shows steam rising from Kīlauea lava flows that reached the coast. The lava flows extended the shoreline at the NE tip of the island of Hawaii up to nearly 1 km along a 5-km-long front. The entire area of this photo, with the exception of the wedge-shaped lighter-gray area extending to the coast from the Cape Kumukahi lighthouse, was inundated by 1960 lava flows. The eruption ended eight days after this photo was taken.