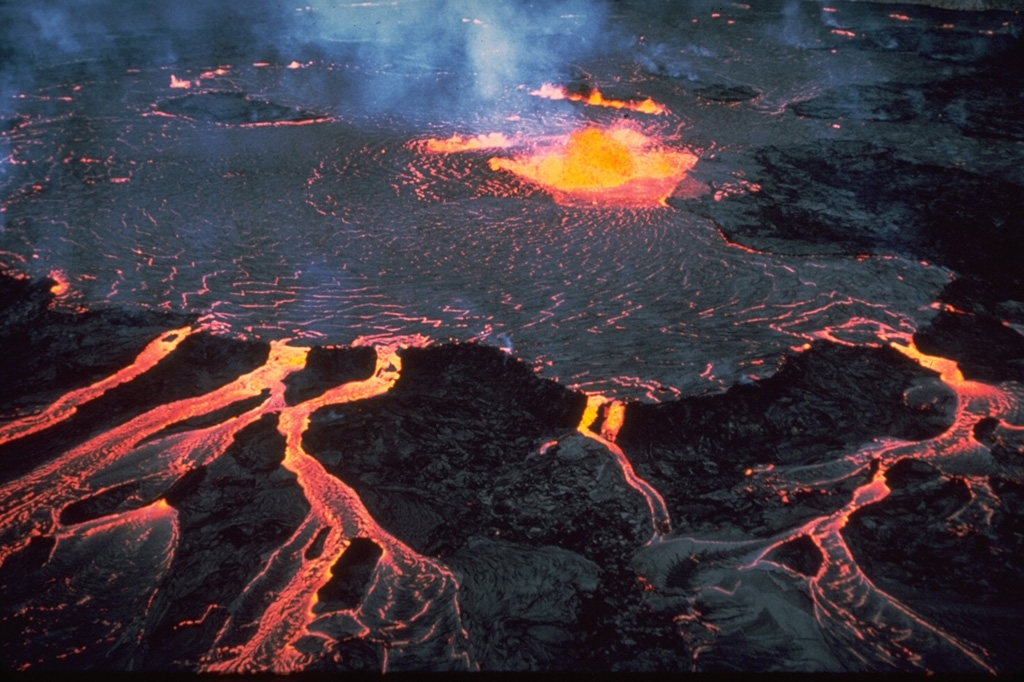 This January 1968 photo of Halema‘uma‘u crater shows lava fountaining within the partly solidified crust of lava lake, and also overflowing below. This eruption began on 5 November 1967 and lasted until 13 July 1968.