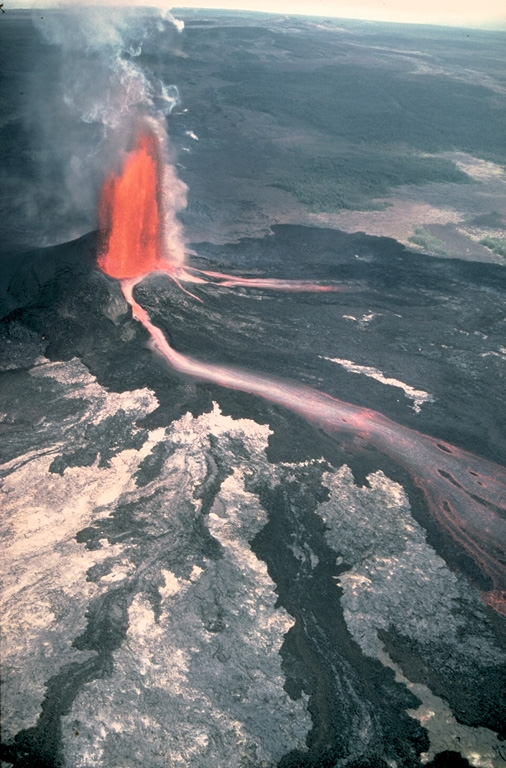 This tall lava fountain erupted from Pu‘u ‘Ō‘ō vent on 30 June 1984, producing incandescent lava flows. An eruption on Kilauea's East Rift Zone began on 3 January 1983, and with short interruptions remained active through to September 2018. Eruptions initially occurred in the Pu‘u ‘Ō‘ō area, but activity has shifted to various locations on the East Rift Zone, including the Kūpaianaha vent 3 km farther down the rift. An extensive lava flow field has formed between the east rift and the coast.