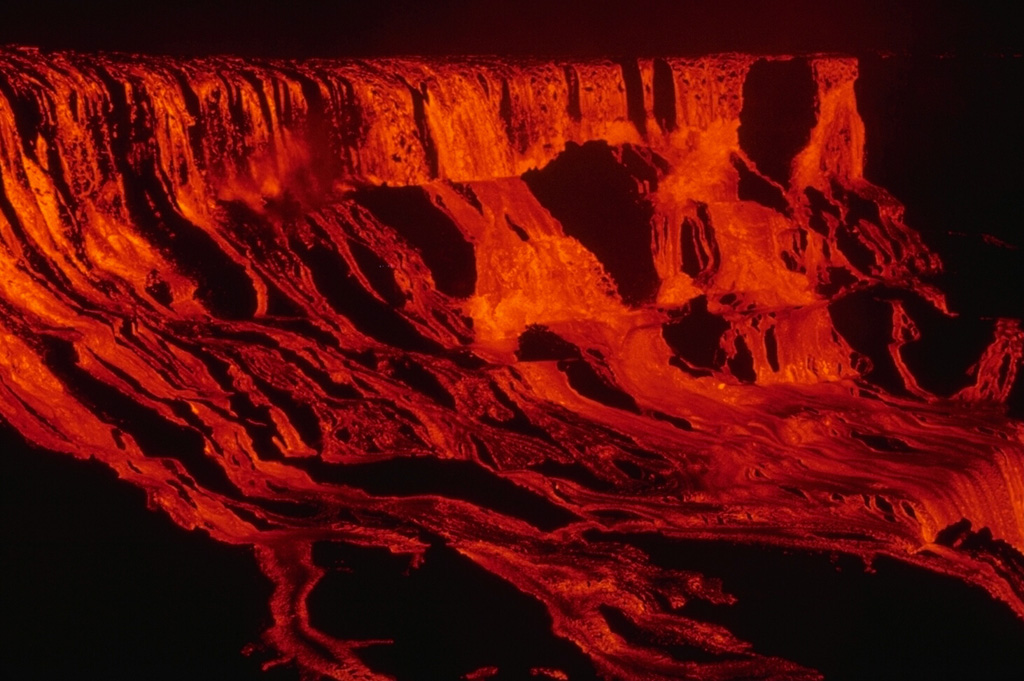 A cascade of lava flows down the walls of Alae crater on 5 August 1969. During the course of the 1969-74 Mauna Ulu eruption lava entirely filled both Alae and nearby Aloi craters. Lava flows from this eruption traveled 12 km to the sea.