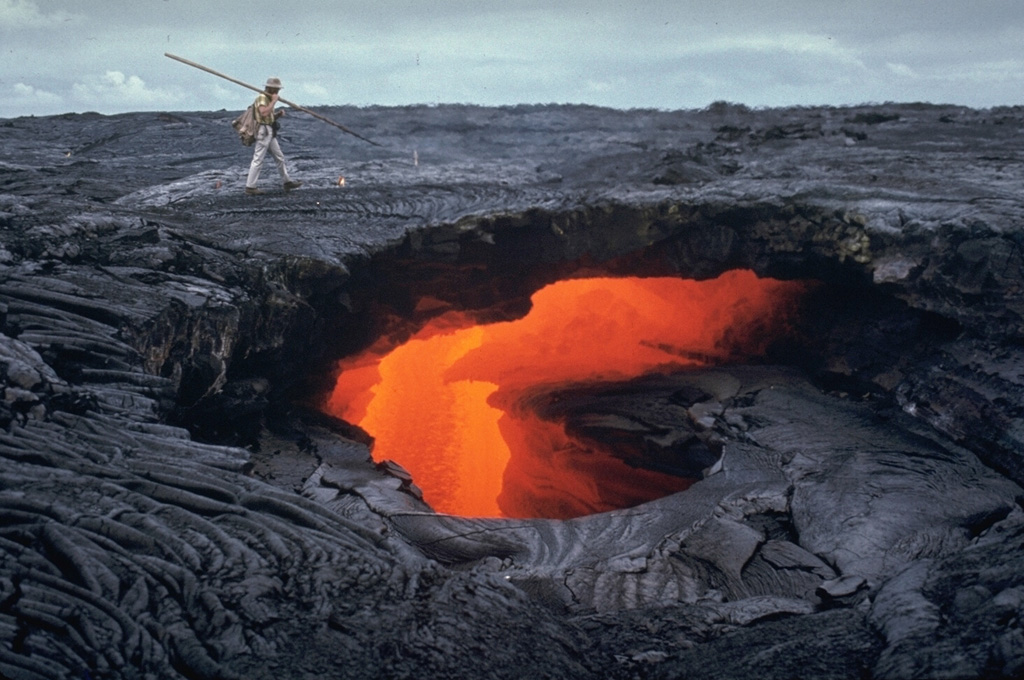 Lava flows are commonly fed through tubes beneath the crusted-over surface of the flow. The ceilings of lava tubes frequently collapse, producing skylights, through which the flowing lava is visible. This 21 October 1970 photo of a lava flow from Mauna Ulu at Hawaii's Kilauea volcano shows several ledges within the lava tube that mark previous levels of flow. The walls and roofs of lava tubes are efficient thermal insulators that allow the lava to travel long distances without solidifying. Some tubes formed during the Mauna Ulu eruption were 11 km long.