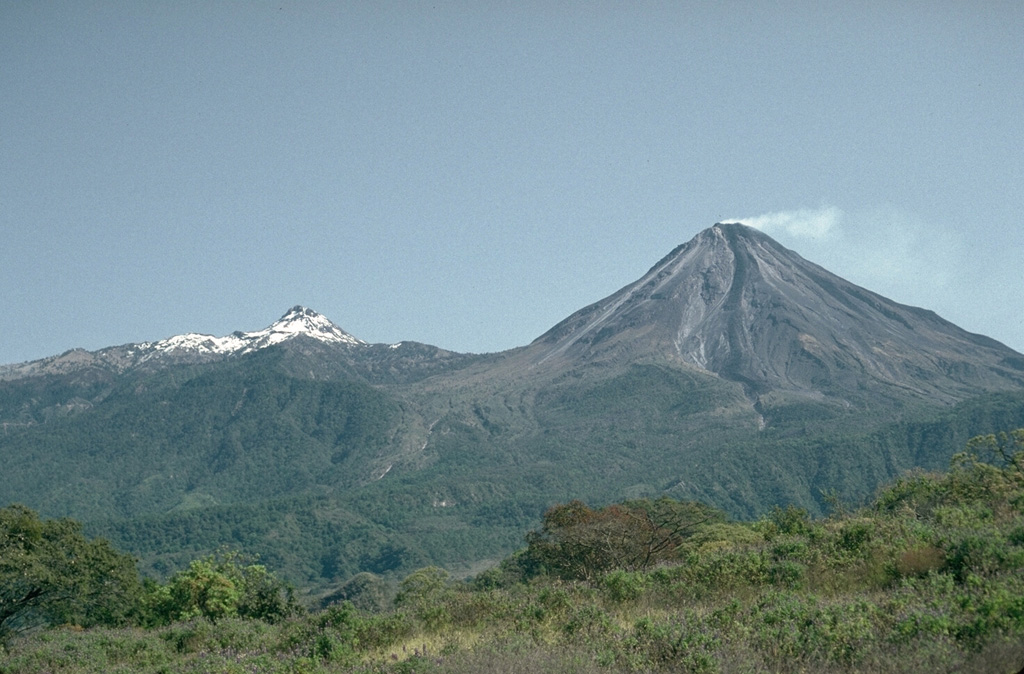 A weak plume from the summit of Mexico's Colima volcano in 1992 with snow-capped Nevado de Colima to the left; view from the WSW. Frequent eruptions have been recorded at Colima since the 16th century. Eruptions have been dominated during the past century by lava effusion associated with lava dome growth, explosive eruptions of varying magnitude, and frequent pyroclastic flows.