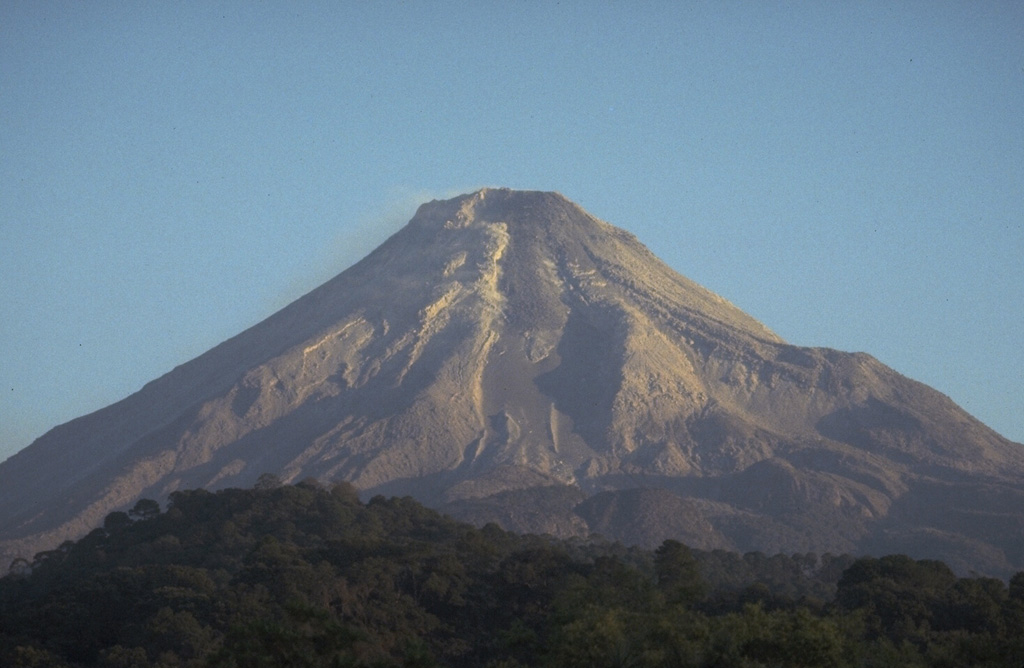 An active lava flow travels down the upper flank of Colima volcano in this January 20, 1982 view from the south. The dark-colored flow can be seen descending from the dome down the center of the photo to a point just below the top of the light-colored ridge on the middle right flank. A period of lava dome growth with intermittent small explosions and block-and-ash flows had begun in December 1977. Renewed lava extrusion down the south flank had begun on December 9, 1980.