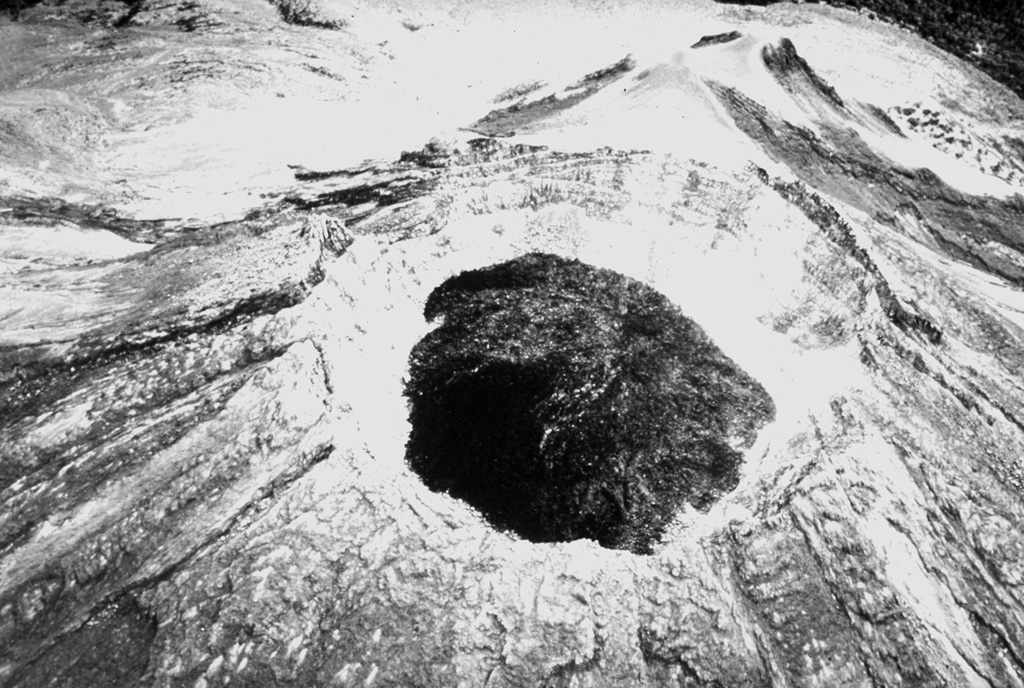 A 1941 aerial photo from the SW shows a dark lava dome that was extruded into the 450-m-wide crater created by the powerful explosive eruption of January 1913. In 1922 the crater floor had a depth of about 300 m and was covered by debris from the crater walls. By May 1930 the crater bottom lay about 150 below the crater rim, and when the crater was visited in January 1931 black lava was up to 50 m below the notch on the northern crater rim. Renewed dome growth in 1957 soon filled the crater and by 1961 lava began flowing over the crater rim.