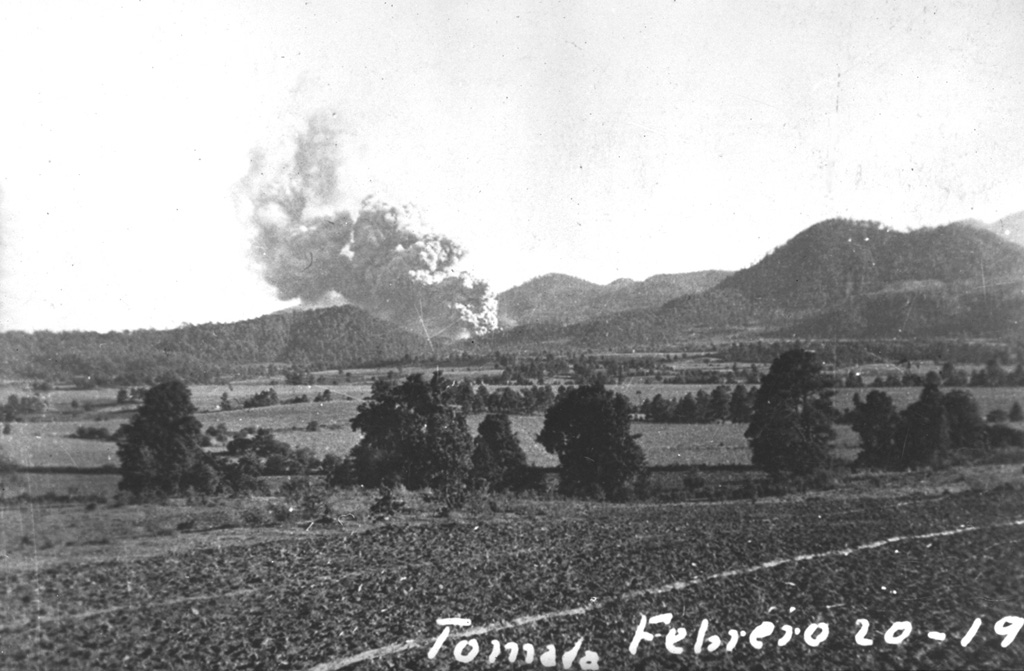 One of the first photographs taken of the Parícutin eruption shows an ash plume rising from the new volcano at 1800 on 20 February 1943, 1.5 hours after the start of the eruption. The photo was taken near Ticuiro, 5 km NNW of the volcano, with the fields of San Juan Parangaricutiro, later overrun by lava flows, in the foreground. Cerro de Canicjuata is the forested older cone to the right.