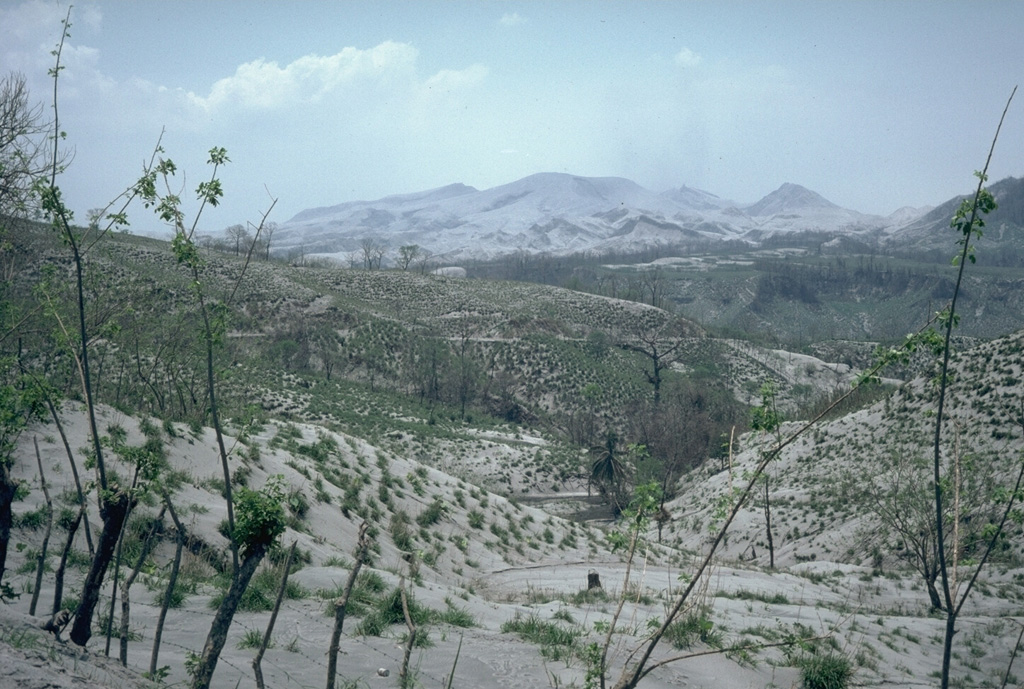 Ash deposited across the countryside around El Chichón volcano, seen in the background of this 19 April 1982 photo taken about two weeks after a series of major eruptions. Ash covered an area of more than 45,000 km2 towards the ENE. At this location, 12 km NE of El Chichón, the ashfall deposit was 30 cm thick. Fine ash and sulfuric acid aerosols from the eruptions circled the globe and were responsible for brilliant sunsets in the northern hemisphere for the next few years.