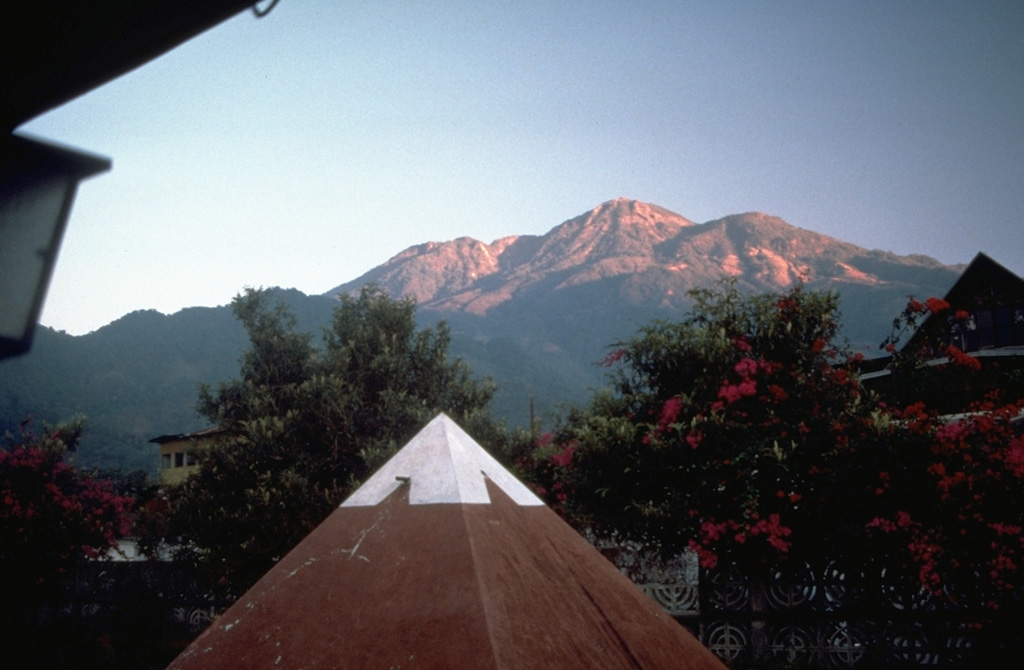 Tacaná is located along the México/Guatemala border, seen here from the SSE from the Mexican town of Unión Juárez, where it rises above the Pacific coastal plain. The elongate summit region is composed of a series of lava domes. Historical activity has included mild phreatic eruptions, but stronger explosive activity, and production of pyroclastic flows, occurred earlier.