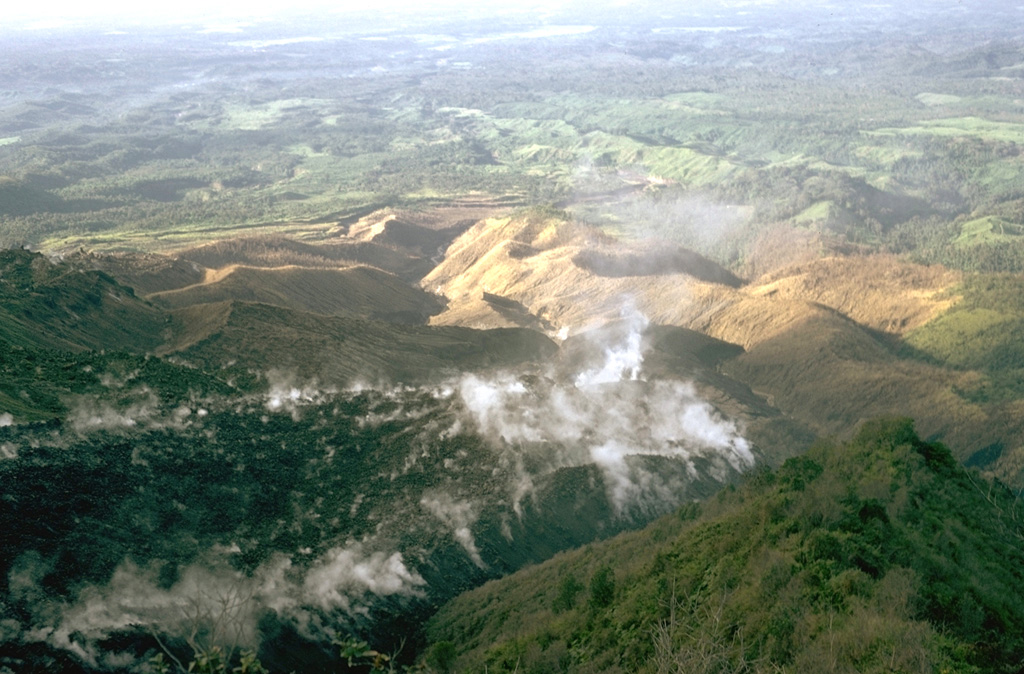 A lava flow from El Brujo, the westernmost of the Santiaguito vents, advances down a SW-flank valley in November 1973. An eruption phase in 1972-75 produced six lava flow units and a small lava dome. It was unusual in that extrusion took place simultaneously from two vents at the western and eastern ends of Santiaguito.