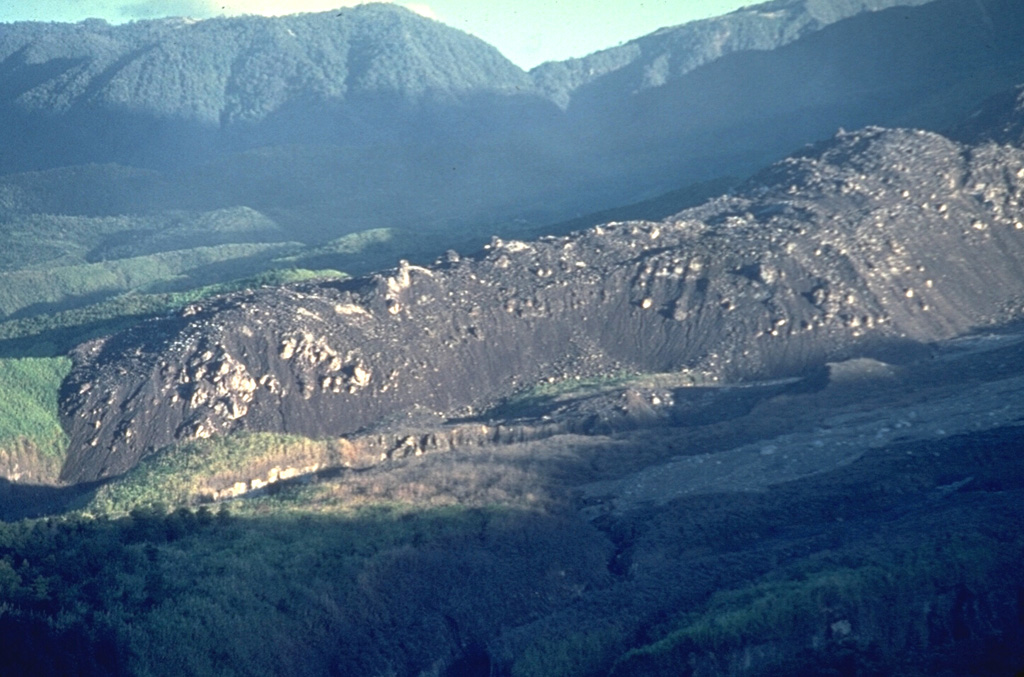 A dacitic lava flow that traveled to the SW from El Brujo vent of Santiaguito is seen in April 1963, a month after it ceased flowing. The slow-moving lava flow is approximately 50 m thick and extended about 1.5 km from the vent. El Brujo, near the western end of the Santiaguito dome complex of Guatemala's Santa María volcano, is the youngest at Santiaguito and was the focus of increased effusive activity from 1959 to 1963.