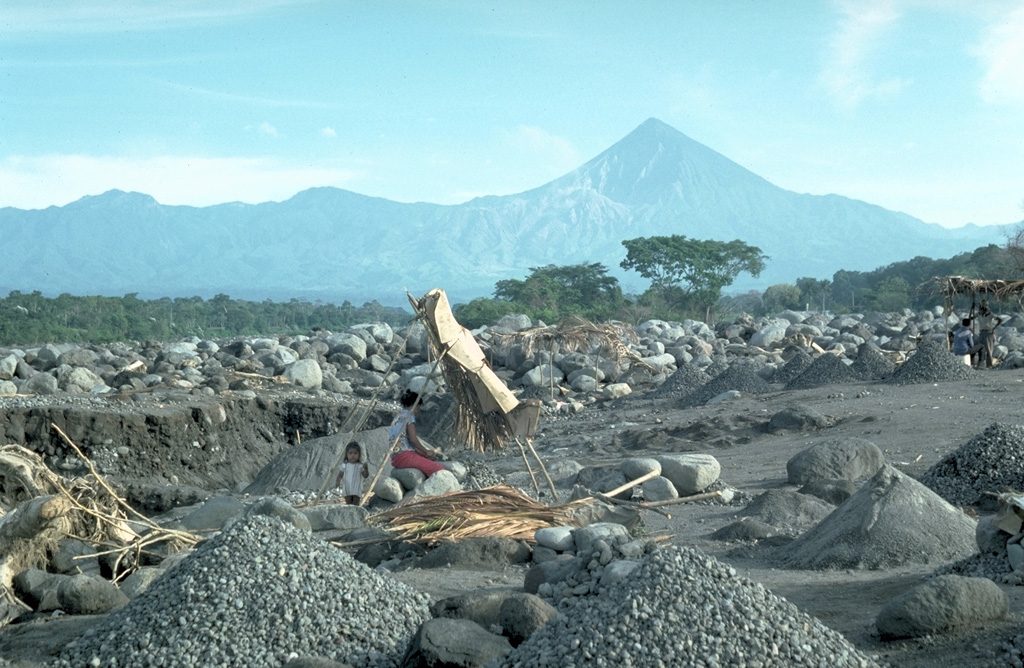 The sediment load from Santiaguito lava dome (visible below and to the left of the summit of Santa María volcano) severely impacts downslope river drainages. Frequent rainy season lahars sweep down the Río Samalá, seen here just south of the Pacific coastal highway. Major lahars on August 28, 1993 (three months prior to this photo) covered 200 m of the highway and filled the river channel to within 50 cm of the highway bridge over the river. A small-scale construction aggregate operation can be seen in the foreground.