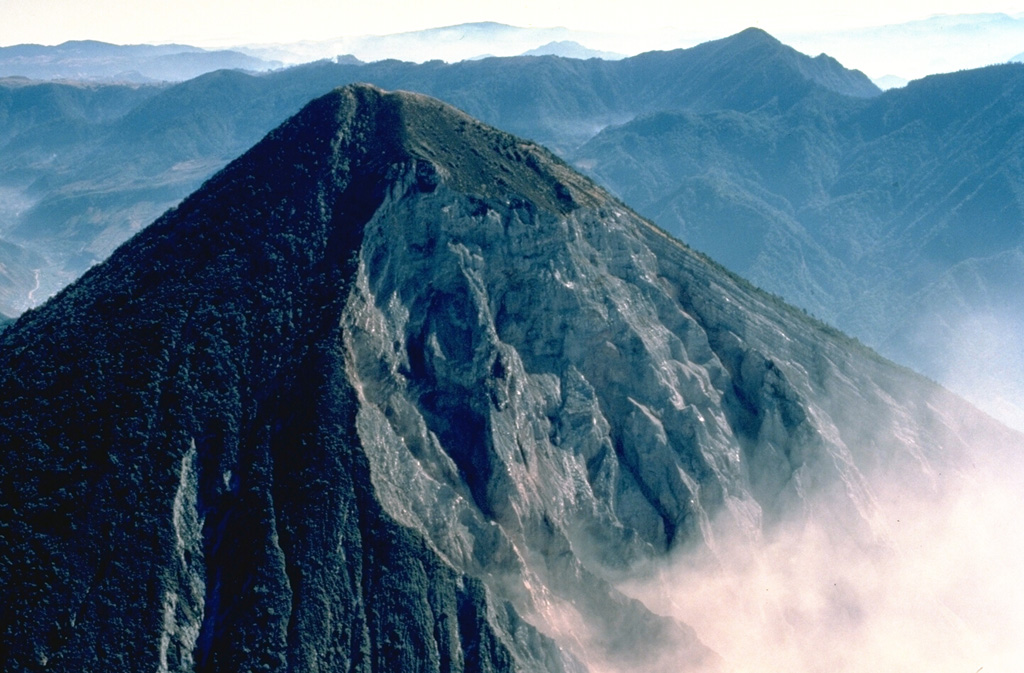 The SW flank of 3772-m-high Santa María volcano, seen here from the west in March 1983, is cut on the right by a large crater produced during an eruption in 1902. The upper rim of the 1-km-wide crater extends to just below the summit. The diffuse smoke plume at the lower right is the remnant of an explosive plume from Santiaguito lava dome, which has been growing since 1922 at the base of the 1902 crater.