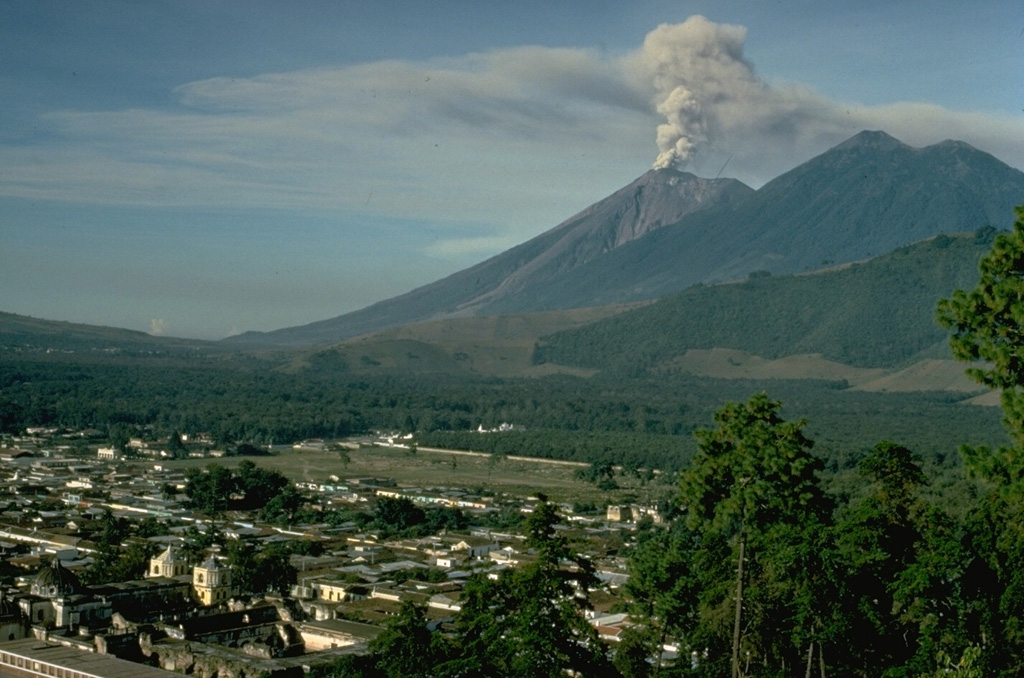 An ash column rises above the summit of Fuego volcano in early December 1974 with the city of Antigua in the foreground. This relatively minor activity took place near the end of one of Fuego's largest historical eruptions, which began in October. The twin summits of Acatenango, Pico Mayer (right) and Yepocapa (left), appear at the upper right.