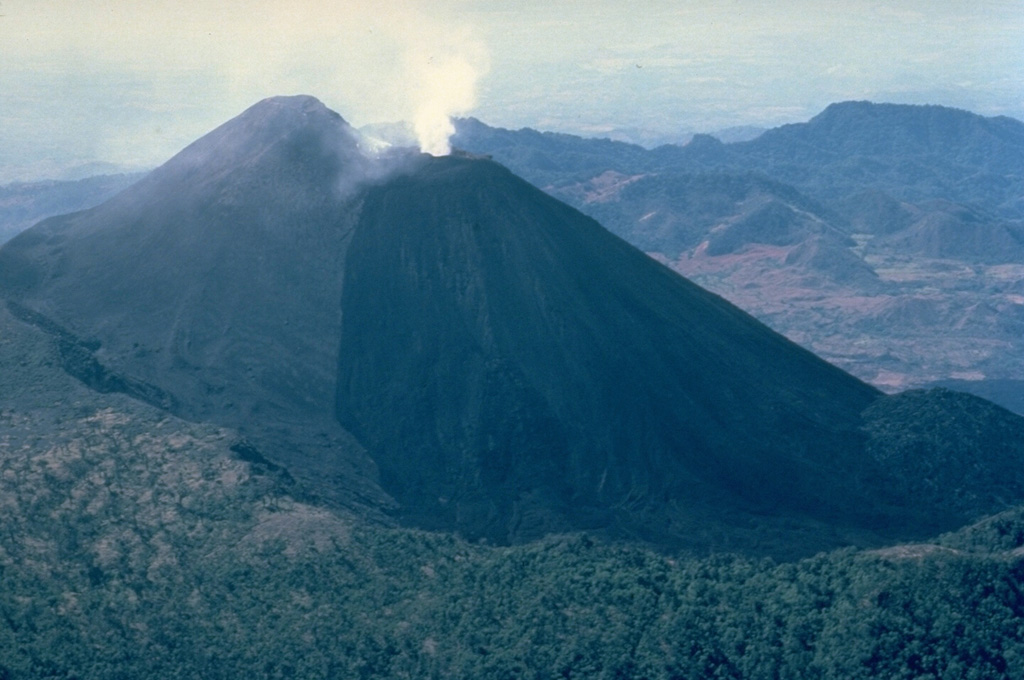 Eruptions from Pacaya, one of Guatemala's most active volcanoes, are frequently visible from Guatemala City, the nation's capital. The modern Pacaya volcano (MacKenney cone) has grown within an arcuate caldera rim (visible at the lower part of this 1983 photo from the NE) that was created by a massive landslide. During the past several decades, activity at Pacaya has consisted of frequent strombolian eruptions with intermittent lava flow extrusion on the flanks of McKenney cone, punctuated by occasional larger explosive eruptions.