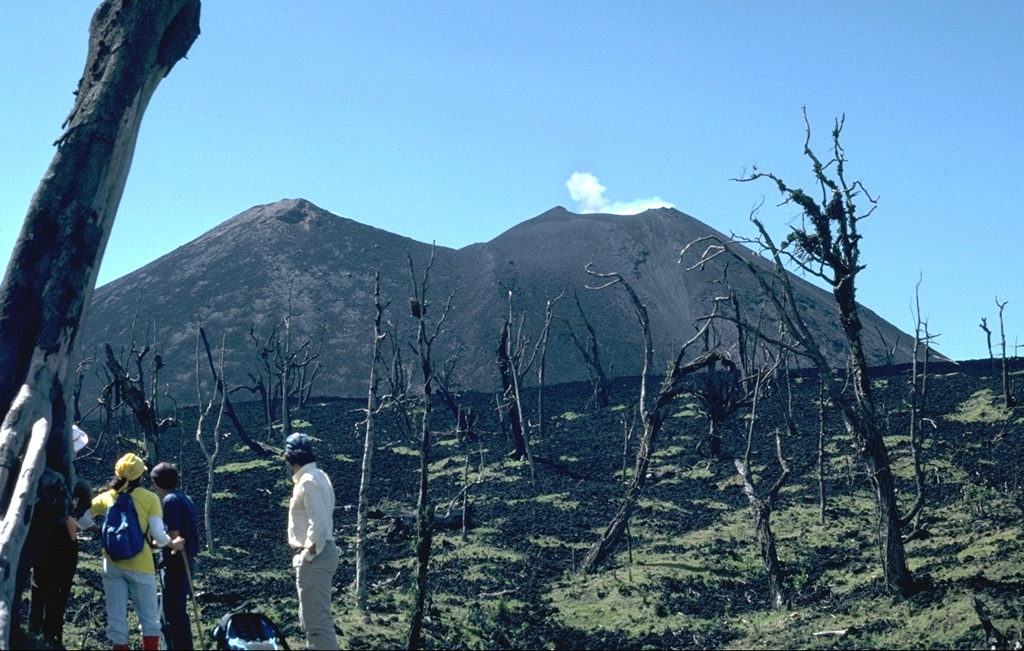 More-or-less continuous mild strombolian explosions, such as the one producing the small plume above MacKenney crater at the right, have been punctuated by periodic larger explosions that eject incandescent bombs and large blocks. These trees on the Meseta, the rim of Pacaya's caldera, were stripped of vegetation by the larger explosions. The double cone on the horizon was constructed within this caldera, and MacKenney cone at the right has been constructed since 1965 on the flank of the older cone on the left horizon.