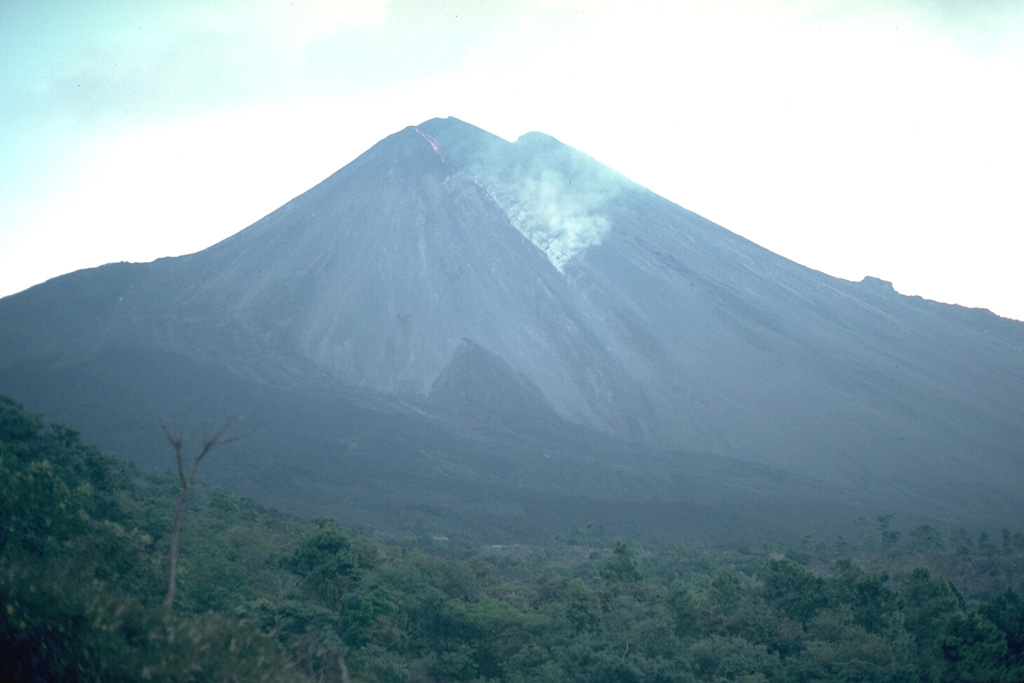 An ash plume generated by collapse of a lava flow front is seen on the SW flank of Pacaya in November 1988. Frequent Strombolian eruptions began at MacKenney cone in 1965 and were often accompanied by lava flows from summit or flank vents, which have traveled out to 6 km down the southern flank.