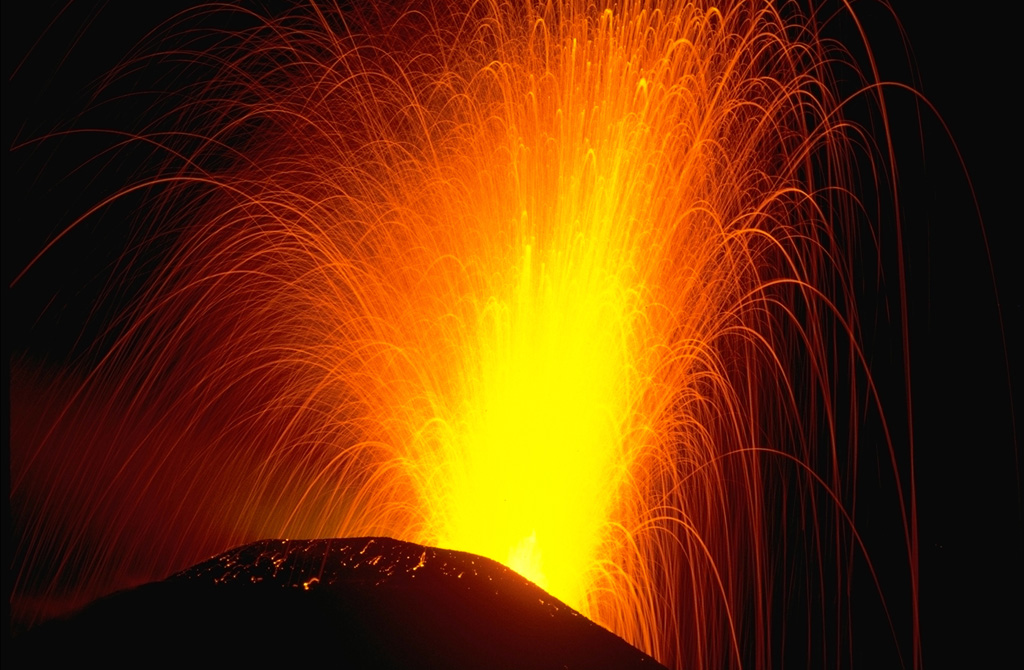 Strombolian explosions such as this one in November 1988 are typical at Pacaya volcano. The incandescent traces of individual volcanic bombs that incrementally build MacKenney cone are seen in this time exposure. Cyclical activity lasting for several decades has consisted of long-term moderate explosive eruptions accompanied by periodic lava effusion that builds up the cone. This long-term moderate activity is punctuated by more infrequent larger explosions that destroy the upper part of the cone, after which the cone is reconstructed.