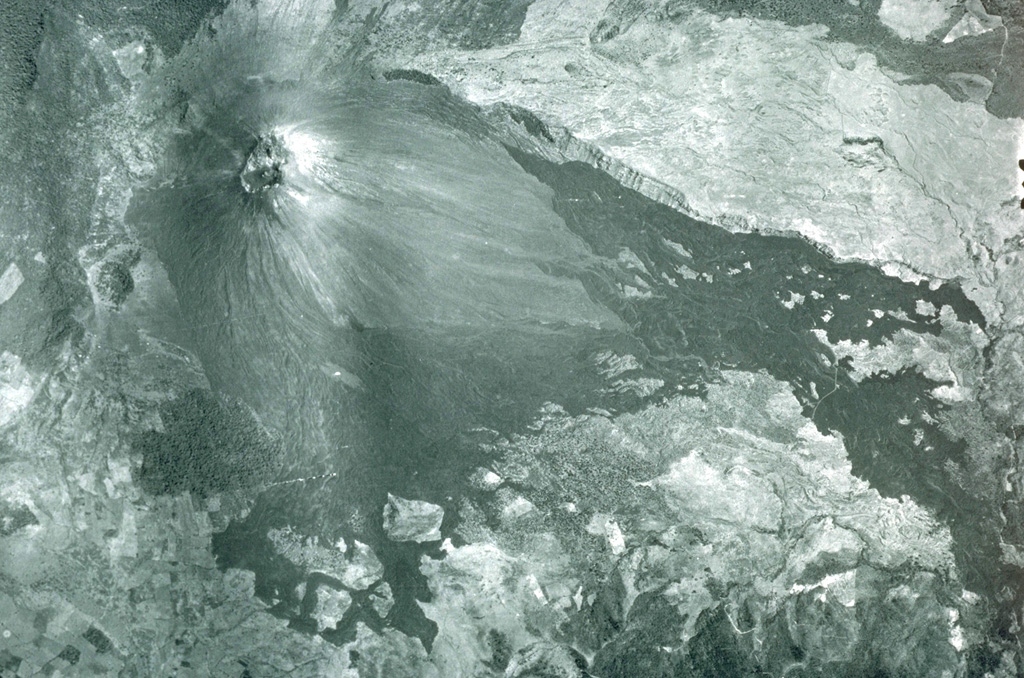 Vegetation-free MacKenney cone filling the upper left-hand quadrant of the photo was constructed within a large 3 x 6 km wide caldera. This feature, whose eastern and northern rims are visible at the right-hand and top sides of the photo, respectively, was formed as a result of massive slope failure of an ancestral Pacaya volcano. Lava flows from MacKenney cone traveled to the west and south beyond the breached caldera. The circular crater at the top center is Cerro Chino, a cinder cone constructed on the NW rim of the caldera.