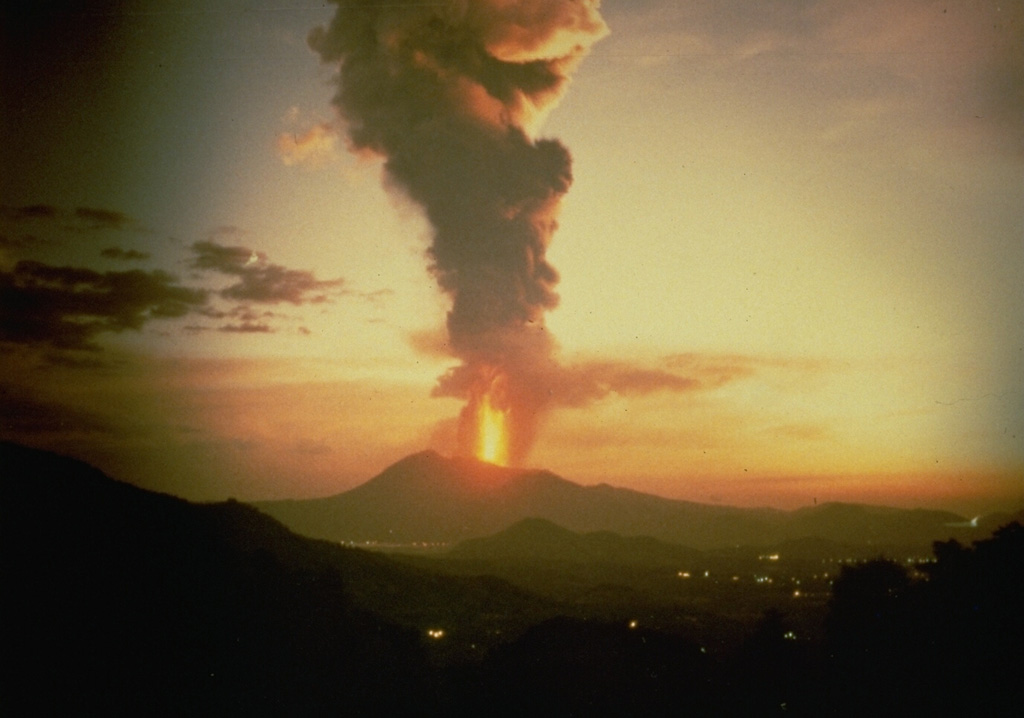 A lava fountain and ash plume rises above Pacaya, seen here in 1987 from the NW along the highway to Antigua Guatemala. Strombolian eruptions began in 1965 and were periodically interrupted by larger explosions such as this one, which deposited ash across wide areas.