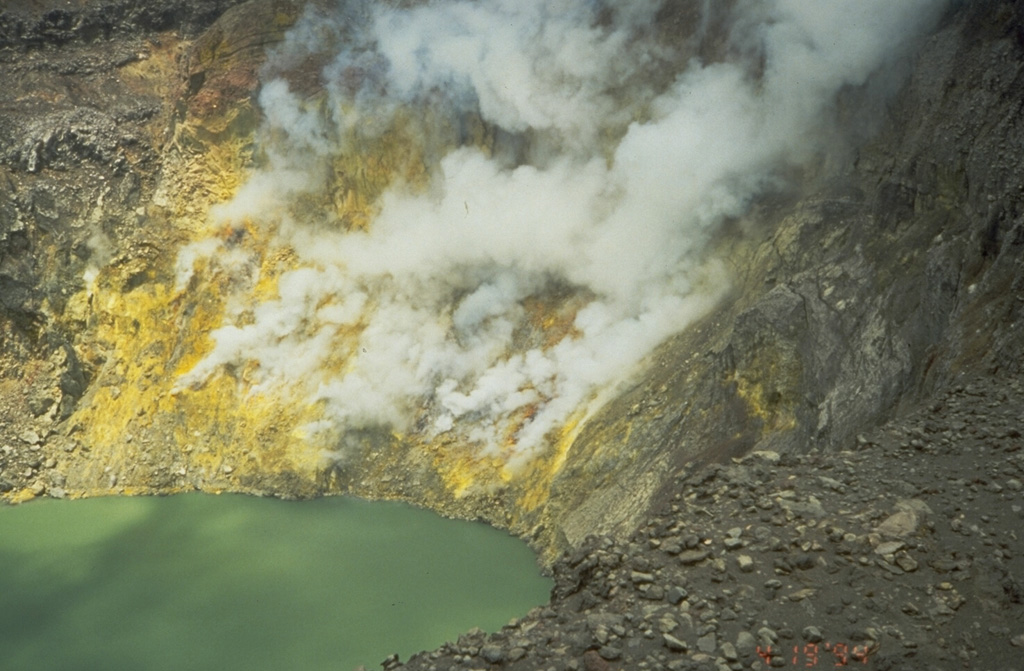 Thermal activity at the surface of a volcano is evidence of volcanic heat below. The fumarolic activity seen here produces vigorous gas-and-steam plumes along the sulfur-coated wall of the summit crater at El Salvador's Santa Ana volcano. Thermal activity is common during non-eruptive periods at many volcanoes, and may persist for many thousands of years. The interaction of high-temperature volcanic fluids and gases with groundwater in hydrothermal fields can produce geysers, hot springs, and mud pools.