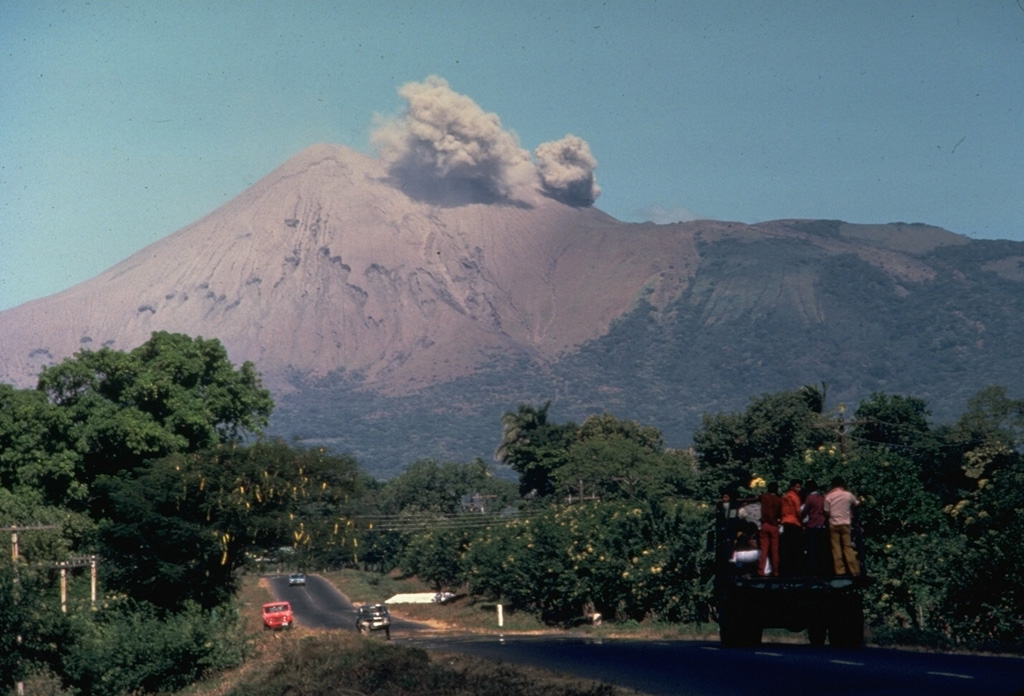 A small ash cloud from an eruption in 1977 rises from the crater of Telica volcano as seen from the outskirts of the city of León. Intermittent explosions began in November 1976, and continued at a rate of one sizeable explosion a month until November 1977, when activity increased. On November 11 ashfall reached the Pacific Ocean. The eruption continued into January 1978.