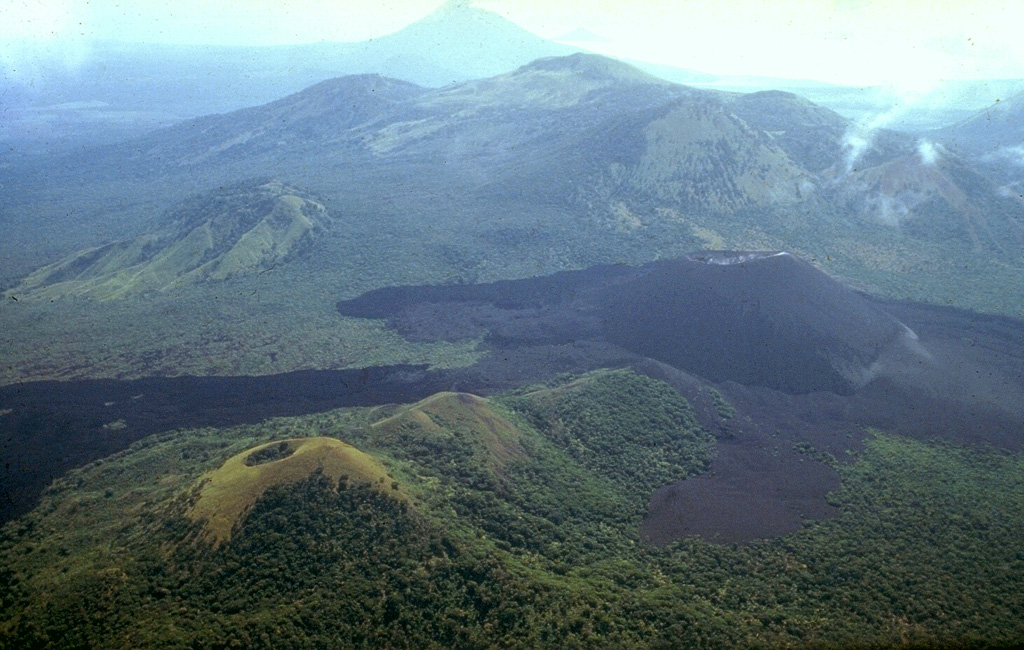 Both the closer part of the compound lava flow extending to the left margin of the photo beyond the vegetated Cerro la Mula cone at the lower left as well as the lighter-colored lava flow directly in front of Cerro Negro were emplaced during a major eruption in 1923. Cerro Negro erupted for seven weeks beginning October 23, 1923. Intense explosive activity increased the height of the cone to 300 m and left a 60-m-wide crater. The broad massif behind Cerro Negro is the Las Pilas complex, and conical Momotombo stratovolcano is in the background to the SE.