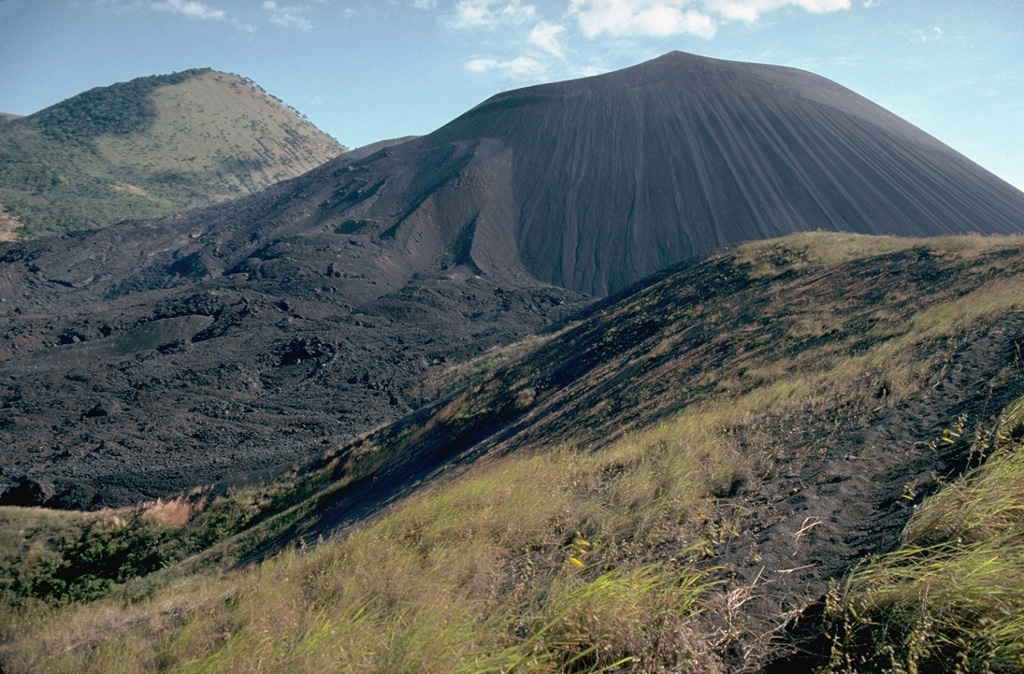 Cerro Negro, the largest and youngest of a group of four cinder cones that were constructed along a N-S line, is Central America's youngest volcano. Since its formation in 1850, Cerro Negro has produced frequent explosive eruptions, building a 250-m-high cinder cone surrounded by a fresh lava field. This 1995 photo from the southernmost of the older cones to the NNE shows flow levees and lava flows at the left side of Cerro Negro that were produced during the 1995 eruption. The vegetated peak in the background is part of the Las Pilas complex.