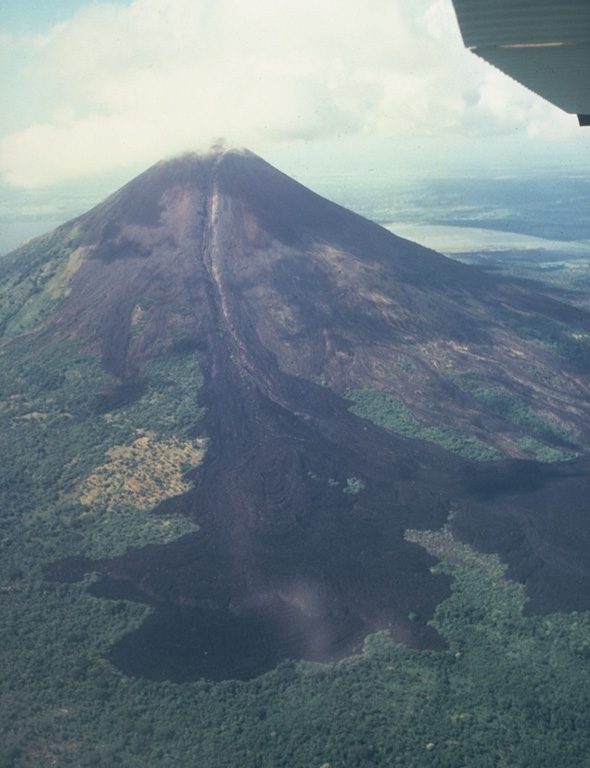 The 1905 lava flow originated from the breached summit crater and traveled down levees on the upper part of the cone before spreading laterally into forests at the NE base of Momotombo. A minor explosive eruption accompanied the lava flow, the latest of many flows that reached the base of the volcano.